The pro-life film is under a new attack, and this time it’s hard to describe it as accidental.

The MPAA, record publishers, cable networks and Twitter all took their hacks at the pro-life film “Unplanned.”

“Unplanned” follows the true story of Abby Johnson, a Planned Parenthood director who had a massive change of heart regarding abortion.

In recent weeks the Motion Picture Association of America slapped an “R” rating on the indie feature. That’s despite “Unplanned” having no adult language, violence, nudity or sexual situations. The film’s abortion scenes are a little challenging, visually. They’re still a far cry from what PG:13 horror films evoke.

Next, a crush of music publishers denied the film’s producers rights to their songs citing vague reasons.

Twitter briefly suspended the film’s official account during its opening weekend run. Hours later, some people tried to follow the page once it came back online … but couldn’t. Some posted video of their attempts to prove their point.

Is Google joining the culture war fight against “Unplanned?” One key piece of evidence suggests that’s the case. Type the word “Unplanned” into the mighty Google.com search engine. Here’s what you find on the very first page, a critical search criteria (Hat Tip: T Becket Adams) 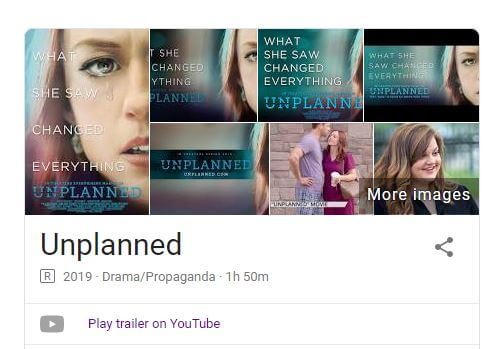 Have any other films been similarly labeled?

Yes, “Unplanned” is unabashedly pro-life. If you want to label it as propaganda, then you must do the same for other pop culture entities, including:

That’s just a short list. And here’s how Google lists two of the aforementioned films. 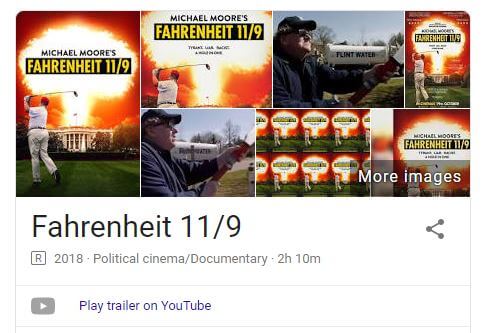 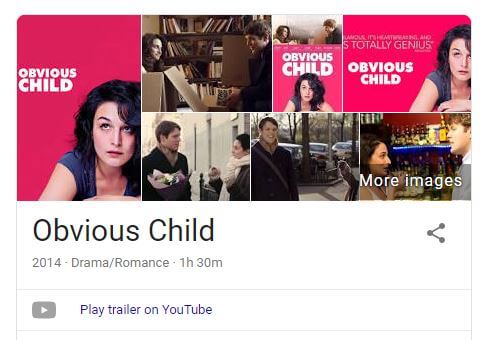 “We tell the true life story at Abby Johnson.The last time Planned Parenthood challenged her version of events —in court — the judge threw out all charges, without Abby even having to mount a defense,” Konzelman says. “And yet, many in the media slavishly insist it’s Abby who’s lying… and Planned Parenthood that’s telling the truth.”