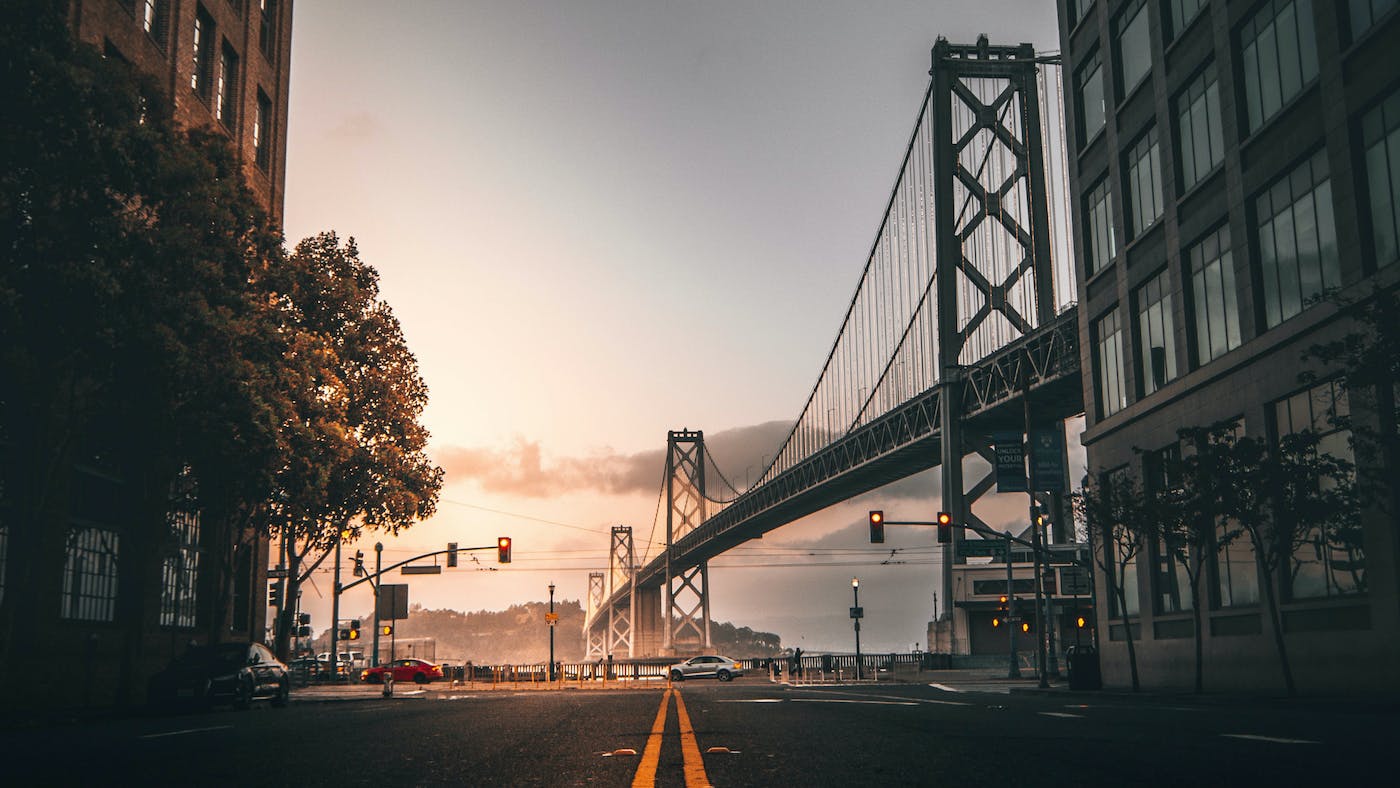 What’s coming to America? Can we anticipate widespread spiritual revival? Or should we expect a deepening social degeneracy? It’s a question from a listener named Cole. “Hello, Pastor John. I’m a 21-year-old recent college graduate, and I’ve noticed over the past few years among younger believers, especially in the college setting, a lot of encouraging talk of revival. Everyone seems to be expecting an awakening (i.e., a lot of nonbelievers repenting and coming back to God).

“However, the more I read Scripture, it seems like we should actually be expecting things in this world to get worse. There are so many instances in the Bible where it says that ‘in those days’ there will be more egregious sins, even within the church, and a lot of deceptive teaching and people walking away from the faith. Should we really be expecting revival? And where did that notion come from? Or should we be expecting the number of believers to dwindle until the coming of Christ?”

I surely do not want in any way to discourage prayer for and God-given expectation of a great move of God in our churches, our denominations, our cities, our ministries, our nations, or the world. But I want to provide a biblical orientation, perhaps, for how to think about such prayers and expectations. I’ve got seven positions for you to think about, and I’ll just briefly try to show that they’re biblical.

Cole, this age — until Christ returns to establish his kingdom — will draw to a close with an intensification of evil and a great outward rebellion against God. The reason I say that is mainly because of what the apostle Paul said in 2 Thessalonians 2: “Now concerning the coming of our Lord Jesus Christ and our being gathered together to him, . . . that day will not come, unless the rebellion comes first” (2 Thessalonians 2:1, 3). I think rebellion is the right translation there, as opposed to just kind of a gradual drifting away.

“We have no authority for saying there can be no great revival.”

Paul continues, “The rebellion comes first, and the man of lawlessness is revealed, the son of destruction, who opposes and exalts himself against every so-called god or object of worship, so that he takes his seat in the temple of God, proclaiming himself to be God” (2 Thessalonians 2:3–4). Paul concludes, “For the mystery of lawlessness is already at work. Only he who now restrains it will do so until he is out of the way. And then the lawless one will be revealed, whom the Lord Jesus will kill with the breath of his mouth and bring to nothing by the appearance of his coming” (2 Thessalonians 2:7–8).

My conclusion from that is that a great rebellion and a singular figure of great arrogance, claiming to be God, will arise at the end of the age. Then the Lord comes and slays him by the sword of his mouth. That’s position number one.

There’s no teaching in the Bible that I’m aware of that says a great rebellion will come by a steady, irreversible decline of the church through history. We have no authority for saying there can be no great revival.

The gospel has advanced in the last two thousand years in history mainly by great awakenings and great declines. I just assume that’s the way it’s going to happen until Jesus comes. There will be seasons of remarkable awakening, and there will be seasons of sad decline. We have no teaching about a gradual worsening with no interrupted blessing.

Jesus describes the progress of the gospel to all the nations in and through the very time when the love of many grows cold, which means that not all have grown cold at the end of the age, because it will not be cold people who take the gospel to the nations at the cost of their lives.

“Jesus describes the progress of the gospel to all the nations in and through the very time when the love of many grows cold.”

I’m getting all that from Matthew 24. This is Jesus talking: “Then they will deliver you up to tribulation and put you to death, and you will be hated by all nations for my name’s sake . . . because lawlessness will be increased” (Matthew 24:9, 12).

That sounds a lot like the man of lawlessness and that season of outbreak at the end. Matthew continues, “Because lawlessness will be increased, the love of many will grow cold. But the one who endures to the end [he’s not going to be cold] will be saved. And this gospel of the kingdom will be proclaimed throughout the whole world as a testimony to all nations, and then the end will come” (Matthew 24:12–14).

That gospel, proclaimed in the face of great tribulation, is not going to be proclaimed by cold people, but by white-hot people. Many may grow cold at the end, but not all, because only those with a passion for Jesus will endure to the end through the martyrdom required to finish the Great Commission. Therefore, there will never be a time when the church is completely cold and ineffective. She rises with faith and passion and mission, and she declines in church history, but there’s never a time when there are not people who are red hot for God and pursuing his mission.

5. All Nations Will Come

Is there biblical warrant for knowing and believing that a great revival — with millions repenting and coming to Christ, and a great purifying of the church — is going to happen? Can we expect this with biblical certainty? My answer is that I don’t know of any such promise in the Bible.

There are many promises, for example, in the Old Testament that all the nations will worship the Lord. But that may simply refer to the time when Christ has established his kingdom in person on the earth. For example, “All the ends of the earth shall remember and turn to the Lord, and all the families of the nations shall worship before you. For kingship belongs to the Lord, and he rules over the nations” (Psalm 22:27–28).

Amen — come, Lord Jesus! That’s going to happen. I don’t think we can assume that refers to a great revival on this side of the second coming. It certainly is an encouragement to press on with world evangelization, because Jesus underlined that promise that people from every tribe and tongue and nation are going to be saved because they’re bought with the blood of Jesus. Here’s Revelation 5:9: “You were slain, and by your blood you ransomed people for God from every tribe and language and people and nation.” They are going to worship — all of them, sooner or later, are going to worship the Lord.

There is one great awakening that we may expect, and that is a great turning of the Jewish people to the Messiah, Jesus. That’s what Romans 11 promises: “For if their rejection means the reconciliation of the world, what will their acceptance mean but life from the dead? If the dough offered as firstfruits [that’s Abraham and his people] is holy, so is the whole lump [Jewish people as a whole], and if the root is holy, so are the branches” (Romans 11:15–16).

“You and your church could be among the wide-awake, white-hot servants when Jesus comes.”

Even more clearly, he says in Romans 11:24, “If you [i.e., the Gentiles] were cut from what is by nature a wild olive tree, and grafted, contrary to nature, into a cultivated olive tree [that’s the Abrahamic covenant, and here comes the key sentence], how much more will these, the natural branches [i.e., ethnic Judaism], be grafted back into their own olive tree.”

That much more, in my understanding, is a great movement of God in this world. Then Paul adds, “A partial hardening has come upon Israel, until the fullness of the Gentiles has come in. And in this way all Israel will be saved” (Romans 11:25–26). I take that mean corporate Israel turns remarkably, amazingly, to their Messiah, Jesus. That is a great awakening I think we should work toward, prayer toward, and hope in.

Lastly, how should we live? This is how I’ve done my ministry for the last forty years. This is my conception. Picture the end coming like a glacier over the world, because it says, “The love of many will grow cold” (Matthew 24:12). It doesn’t tell us how fast it’s coming. It doesn’t tell us whether it can come and recede. It’s just coming. There is no requirement — none — no biblical warrant, mandate, or demand that your church or your city or even your people or nation be frozen by the glacier.

Who knows? You and your church could be among the wide-awake, white-hot servants when Jesus comes. My picture for ministry is that wherever I’m speaking, wherever I’m living, wherever I’m pastoring, I’m going to torch the glacier. If it looks like a glacier is coming over Minneapolis, I’ve got my torch of the word of God, and I’m poking it.