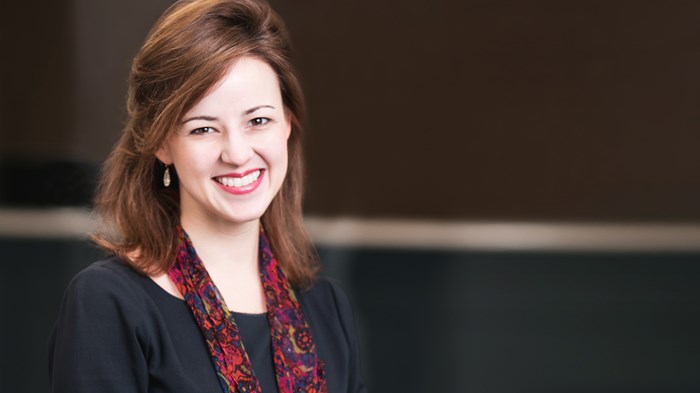 In a media landscape awash in flame wars and polarizing punditry, it’s a bit surprising that the topic of character formation is making a comeback. “Building character” is the stuff of childhood chores and onerous school projects, completed out of duty and little delight. Yet according to new research presented in the book The Fabric of Character, published by the DC-based Philanthropy Roundtable, character formation is a top concern among today’s leaders and charitable givers across the ideological spectrum. According to researcher Anne Snyder, anyone paying attention to social trends in the West recognizes that “the conditions under which good character is forged are in trouble—weakened as much by the decline of traditional institutions as by a culture that promotes ‘I’ before ‘we,’ pleasure before purpose, self-expression before submission to a source of moral wisdom beyond oneself.”

In the book, Snyder highlights several institutions—including schools, neighborhood renewal projects, and the Boy Scouts—as case studies of how organizations strengthen the moral fiber of their members. Snyder, the newly named editor-in-chief of Comment magazine, recently spoke with CT about why faith-based institutions are particularly good at teaching character.

When I hear the word “character,” I think of the dad in the Calvin and Hobbes comic strip who is always making Calvin shovel snow because it builds character. It’s not a sexy topic. Yet as you note, there seems to be a resurgence of interest in it. Why?

I started this particular project for the Philanthropy Roundtable in early 2016. I used to joke that Donald Trump and the Democrats  are a huge gift to my work because suddenly a lot of people who I never would have anticipated being interested in character, regardless of where they fell politically—even if they voted for them—began to say, “Actually, we really do care about it in our leaders.” When I began figuring out how to build a bridge between philanthropists and practice, a lot of people wanted to talk to me because they had a lot of worries about what was going on at the top of national leadership.

More broadly, as people look at social trends—everything from rising mental illness to widening and debilitating anxiety, particularly among young people, to what I would call hyper-emphasis on achievement alone as the only way to define what the good life is—a variety of those social trends have raised alarm bells about how we’re raising our kids and telling them what to value. Whether people would say there’s a moral vacuum, there’s definitely been a realization that we haven’t attended to the whole person. As a society, we’ve somehow not attended to the deeper, often invisible moral fiber of life.

Why did you focus your research on institutions that create the cultures necessary for character formation and not on individual character?

The donor community that I try to serve and cast a vision for, frankly, a lot of them are older, male, and white, ages 70 and above, and they lament the decline of the Boy Scouts years. Early on, when people heard that I was studying character, most of the donors said, “We want to fix the Boy Scouts and make it relevant again.” They were referring to these big, national institutions formed during the Progressive Era 100 years ago. We used to have a bevy of nationally scaled civic institutions that brought people together, that formed our young people in such a way that we had a shared American moral norm. Where have those institutions gone? And with the decline of religious institutions and trust in religious institutions, what are the fresh institutions to take their place that can serve in a more pluralistic era? That’s why what I ended up doing was so much more institutional and sociological than just looking at how an individual becomes more honest.

Character is such a surprise minefield in terms of how people want to define it. The tribalism of our age seems to strike this topic more than I was expecting. I didn’t think it would be politicized. I’m sensitive to the baggage that even the word character has—of cultural imperialism of a certain kind. People on the right think I’m being crazy when I say that, but people on the left kind of roll their eyes at the notion of “reviving the character-building institutions of yesteryear,” because they see that as a euphemism for middle-class values that are not taking a lot of other things into account.

Character is a word like truth or goodness; we all think we know what it means, but we probably have very different working definitions. How do you define characteras it applies to your research of various institutions?

So true! Part of the minefield of this work was realizing that different folks wanted to emphasize different aspects of character. My goal was to diffuse some of the alleged disagreements by emphasizing the practices of a character-filled life, and the often-invisible cultural and institutional forces that shape those practices. Here’s the definition I offer in the book:

Character is a set of dispositions to be and do good, engraved on a person in multiple ways: by strong family attachments that teach what to love and how to love well; by regular habits that ingrain small acts of self-control; by teachers and role models who personify excellence and inspire emulation; by religious instruction on honest, courageous, and compassionate living; through institutions that establish standards for good conduct and mentors who inculcate concrete ways to execute it; by the reading of great literature; through experiences of struggle, positions of responsibility, and the blessings and demands of enduring commitments.

In Case Study 2, you profile the Other Side Academy, which takes ex-convicts through a rigorous residency and moral boot camp of sorts to prepare them for re-entry. Their approach is strict and no-nonsense. Is there a way in which character development in general sounds a bit like “pull yourself up by your own bootstraps”? What is the role of grace in character formation?

The Other Side Academy was originally founded in Salt Lake City, so there is some Mormon influence in the underlying teleology. That played a role in how they designed accountability and even the initial interview, as they described it to me, when people apply and come in off the street or out of jail. I was a little shocked at how eviscerating those interviews are. It’s a test of, are you willing to hear some of the hardest, ugliest things about the way you’ve lived your life thus far? It’s really bracing. But I saw one of the graduating ceremonies, and the entire secular “sermon” given to the current students and the graduates was on grace. Grace was described as an active chiseling process that comes to us in the form of a friend who will be there for us no matter what but who will confront us when they see us making a moral infraction.

These ex-convicts are there to change who they are on the inside and completely shift their identity. And to do that, they have to face the worst things they’ve done to others. Grace in their view is very real, but there’s often pain involved.

If we’re going to give it a Christian corollary, it’s like the discipline of the Father toward those he loves. That’s the spirit behind it: Pain is purifying. I don’t think this could thrive in small group church situation [laughs], but I’ve never been so morally humbled in my life by these ex-offenders. I want some of these people leading companies now.

In all the examples in the book of healthy institutions, one doesn’t have to dig far to find a faith-based orientation, or at least an openness to faith. Do people of faith traditions, whether Christianity, Judaism, or Mormonism, create the best institutions for character formation?

I don’t think it’s necessary that any organization shaping lives has to have some kind of theological infusion. I did find that today, because a lot of our institutions are secular, the moral categories are very politicized categories—terms like “social justice” on the left, or on the right, the virtue of manifested, individualized courage. Our secular institutions have lost a thick moral framework. Your average “character program” that’s trying to exist in a public education environment—it’s not grounded in a clear definition of the good.

A lot of character work out there is “we just need to pull kids out of poverty and teach them some soft skills,” where character formation is a means to an end and all about getting them to a broader success ethic. By contrast, a lot of the religious institutions that we looked at tended to think in communal terms, tended to think in accountability terms, and tended to believe that humans are dependent on something beyond themselves. They have resources to draw from in their own traditions to address the moral life in a coherent way. Because religion has a transcendent orientation, it’s one of the best spheres to equip people to think about ultimate ends.

You recently took the helm of Comment magazine. How will your faith inform your vision for the magazine?

For whatever reason—whether by grace or God’s wink—since becoming a Christian, my faith has been the core engine driving my creativity. It’s the integrating pulse for my questions, ideation, laughter, skepticism. So therefore I believe in the arts, hospitality, relationship, paradox. The Beatitudes and 1 Corinthians 1 will be hitching posts, both for what this next season of Comment will seek to embody and for the sorts of voices I’ll be working to attract. In a time of deep division and gracelessness in our public square, I see a need to cohere a community of thought and action that is exploring today’s toughest issues with a kind of transcendent curiosity—a curiosity that will pour itself out in hope, faith, and love.