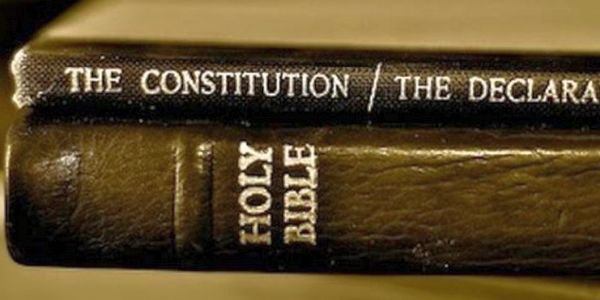 A California school district has ended a lawsuit by lifting its ban on “Bring Your Bible to School Day.”

The religious-liberty group Freedom X said the settlement will require the district to change its policies and pay some $15,000 for the lawyers in the case.

In a 4-0 vote this week, the Huntington Beach City School District board of trustees endorsed a policy change that will permit “students to engage in religious expression without fear of reprisal.”

The dispute began when the principal of John R. Peterson Elementary School was accused of violating the First Amendment rights of two students who sought to hand out flyers to other students promoting “Bring Your Bible to School Day” during lunch and recess.

Freedom X said the case was brought on behalf of M.B. and N.B., who are children in the district.

The claim in the United States District Court in Orange County, California, alleged violations of the constitutional rights of the 10-year-old fourth-grader and his younger brother, a second-grader.

The principal, Constance Pohhemus, was accused of violating their First Amendment right to freedom of speech and the free exercise of their religion by refusing to allow them to distribute the promotional flyers at any time during the school day, including lunch and recess, due to their religious content.

“Too often parents fail to act when their children’s’ schools push an anti-religious agenda,” said Freedom X president and chief counsel Bill Becker. “This case demonstrates how a single parent can win back religious freedom in our public schools by taking action.”

The new policy allows students to participate in the free exercise of religious expression, including flyer distribution during non-class times.

“Bring Your Bible to School Day” has been a national event for several years. It was intended to empower students to celebrate religious freedom and share God’s hope with their friends.

Freedom X explained it is “well-settled” law that the First Amendment protects all student expression, including literature distribution during non-instructional time.