Pictured above is the Head Harbour (East Quoddy) Lighthouse. Bult in 1829, it sits on a small rocky islet located off the northern tip of Campobello Island in New Brunswick, Canada. This 51 feet tall wooden lighthouse is claimed to be the most photographed beacon in the world. It can only be accessed at low tide and the journey to reach it is said to be an experience in itself. In 1842, a large red cross was painted on the eastern side of the tower to serve as a conspicuous daymark.

What is the first thing you thought about when you saw this lighthouse? Among the few possible things, I guarantee that some of you, like me, will say The American Red Cross (organization). 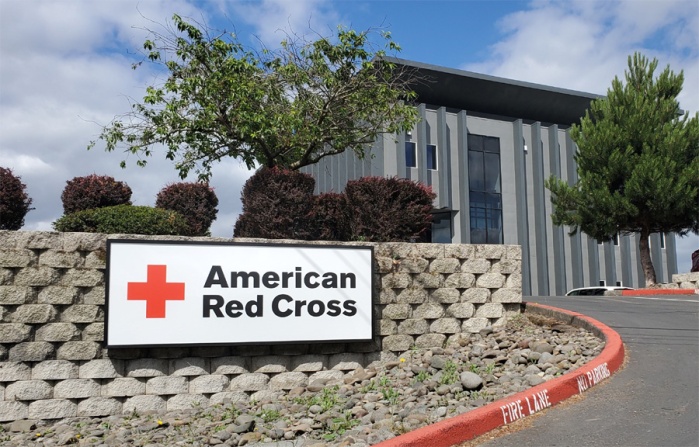 The red cross on the Harbor Head Lighthouse reminded me of one of the main services provided by the American Red Cross. Founded in 1881 by Clarissa Harlowe, the Red Cross developed the first nationwide civilian blood program and it is the only organization that still provides more than 40% of the blood products in the USA.

According to the dictionary, the word blood has several meanings, but the two most relevant to this devotion are:

One of the most powerful, heart-tugging, and humbling messages that cause my soul to tremble is found in the lyrics of the song It’s Your Blood.

The blood that flows through our veins is without a doubt vital to our existence, but the blood that Jesus shed on his way to and at Calvary’s cross is surpassingly more significant and valuable. However, in order to understand its true power and worth, you first need to have a general understanding of the gravity of sin.

Sin is what separates the mortal man from the holy and eternal God. Unlike the common terminology that many use to define it, sin is more than just “missing the mark.” A more accurate and relatable way to describe sin is lawlessness. “Everyone who practices sin also practices lawlessness, and sin is lawlessness.” –1 John 3:4. Sin stems from the desire for self-satisfaction and self-sufficiency, so it avoids accountability at all cost (read Genesis 3). Sin is controlling and destructive. That is why the Bible tells us that its end result is eternal death (separation from God). “For the wages of sin is death…” –Romans 6:23a. However, God in His infinite love provided a way to do away with sin and its consequence and reconcile man unto himself. “…but the gift of God is eternal life in Christ Jesus our Lord.” –Romans 6:23b. Because sin is lawlessness, it has to be dealt with justice. The Bible declares that without the shedding of blood there is no remission for sin (Hebrews 9:22). Only God has the power to deal with and remove sin because He is holy and righteous. And because man could never approach God in his sinful state, God chose to come to man in the person of Jesus Christ to pave the way. “Jesus answered, “I am the way and the truth and the life. No one comes to the Father except through me.” – John 14:6.

Jesus lived on earth as both God and man, which means that His blood had human as well as divine qualities. Using the previous definitions of blood above, consider this…

It’s interesting to note that the red cross on the Harbor Head Lighthouse is also known as the Saint George Cross. Saint George became widely venerated as a warrior saint during the Third Crusade. Jesus’ life on earth was marked by a message of love, compassion, and eternal hope. In that sense, He became (and still is) the Mediator/Peacemaker between God and man. However, his death, burial, and resurrection also identify Him as the Righteous Warrior who defeated sin and Satan’s deceiving power. With Him as our spiritual Captain, we continue to engage in a spiritual battle (crusade) against the evil forces of darkness that challenge our faith.

Equally fascinating is the history behind the Red Cross logo. Henry Dunant of Geneva, Switzerland, was the founder of the International Red Cross movement. In his search to adopt a symbol that was easily identifiable universally, he met with other delegates. In 1863, they agreed that the emblem should be a neutral symbol that reflected the ideals behind their life-saving mission. Because Switzerland long maintained an armed impartiality, they thought that a reversal of the Swiss flag would be a fair representation. The white flag is generally viewed as a sign of surrender. Thus, the Red Cross logo was adopted. John 3:16 (For God so loved the WORLD…) proves that God’s’ love is impartial. That love is universally represented today by the symbol of a cross. Furthermore, Jesus broke Satan’s power over fallen humanity because He willingly surrenderedHis life as a ransom for the world’s sin.

Scripture reveals that the LORD God formed man from the dust of the ground and after breathing into his nostrils the breath of life, he became a living soul (Genesis 2:7). It also declares that the life of all flesh is in the blood (Leviticus 17:4). In other words, LIFE as we know it originates and belongs to the One who gives it (Isaiah 42:5).

The miracle of conception is the means by which God allows man to procreate. Therefore, unequivocally life begins at conception. Fetal development shows that by week 4 the embryo begins to receive nourishment from the blood in the mother’s uterus. By week 5 the baby’s blood cells begin to form and on the 6th and 7th week, blood begins to pump through its main vessels. 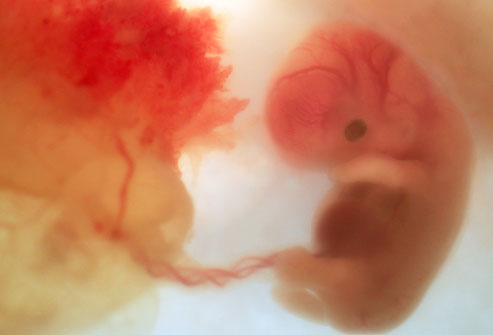 Every life is precious, valuable, meaningful, and purposeful. No matter the difficulties you may have had, are having or will have to endure, God can use them to bring you closer to Him and experience the joy, peace, and love that nothing else in this world can ever offer. Even the darkest of days can turn into a testimony of God’s mercy and grace.

ONLY the life-saving blood of Jesus (his sacrifice) can grant us true hope in this world and eternal salvation for the life hereafter. Have you placed your trust in Him? If so, I encourage you to keep shining His life-giving light wherever you go. If not, I invite you to place your life in His by following THIS LINK.

Prayer: Heavenly Father, I realize that no matter how difficult life may get at times, every heartbeat in my chest pumps the blood that keeps me alive and for that I thank you. But most importantly, I thank you for the life-saving blood of your Son who died and rose again to guarantee me eternal life if I put my trust in Him. Help me to never take that sacrifice for granted. Amen!

ADDITIONAL SCRIPTURES
“And the Word became flesh and dwelt among us, and we have seen his glory, glory as of the only Son from the Father, full of grace and truth.” -John 1:14 ESV

“Our sins are washed away and we are made clean because Christ gave His own body as a gift to God. He did this once for all time.” –Hebrews 10:10-12 NLV

“For there is one God and one mediator between God and mankind, the man Christ Jesus,.” -1 Timothy 2:5

“For God so loved the world that he gave his one and only Son, that whoever believes in him shall not perish but have eternal life.” – John 3:16

“Then the LORD God formed a man from the dust of the ground and breathed into his nostrils the breath of life, and the man became a living being.” -Genesis 2:7