A North Carolina sheriff’s deputy sues his former employer for religious discrimination after it wouldn’t accommodate his request to not train a female officer one-on-one.
DAVID ROACH AUGUST 20, 2019 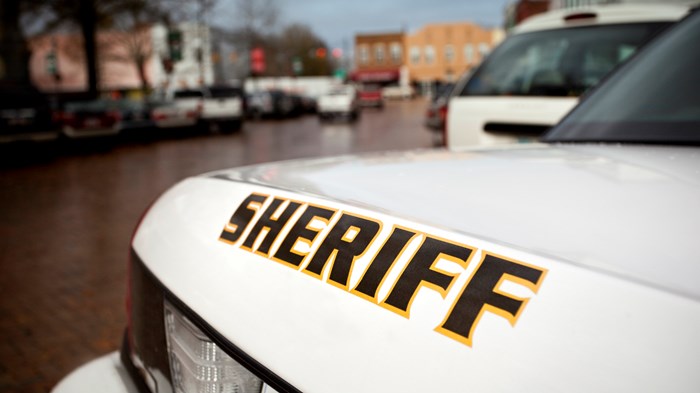 Aformer North Carolina sheriff’s deputy may be the first to file a lawsuit alleging he faced discrimination for his commitment to the “Billy Graham Rule.”

Manuel Torres, 51, claims in a federal lawsuit that he requested a “religious accommodation” from the Lee County, North Carolina, Sheriff’s Office, where he was employed from 2012 to 2017, after he was ordered to train a female deputy. The training included “the requirement that he spend significant periods of time alone in his patrol car with the female officer trainee.”

A deacon at East Sanford Baptist Church in Sanford, North Carolina, Torres “holds the strong and sincere religious belief that the Holy Bible prohibits him, a married man, from being alone for extended periods of time with a female who is not his wife,” according to the lawsuit filed July 31 in US district court.

The practice of not being alone with a member of the opposite sex other than one’s spouse is called the Billy Graham Rule in honor of the late evangelist, who adopted the policy early in his ministry to avoid temptation and accusations of sexual immorality. While some say the practice demonstrates integrity and protects marriages, others claim it can be discriminatory.

Howard Friedman, a University of Toledo law professor who blogs about religious liberty at Religion Clause, said he is unaware of any other court cases involving the Billy Graham Rule but noted Torres’s lawsuit “is part of the growing number of cases in which religious freedom clashes with non-discrimination norms.”

“This is a public official who is invoking religious free exercise to avoid carrying out a part of his employment duties,” Friedman said in an email to Christianity Today. “In that context, it is similar to the long-running Kim Davis saga in which a Kentucky court clerk refused to issue marriage licenses to same-sex couples.”

He also noted “a parallel” to a case in which Washington State pharmacists were ordered to dispense emergency contraception pills despite their religious objections.

Robbie Gibson, Torres’s pastor at East Sanford Baptist Church, told CT Torres is “a man who is genuinely trying to walk his faith out in everyday life.” The Graham Rule, he said, is the “best approach” for avoiding temptation and guarding against false accusations of impropriety. Still, after news of Torres’s lawsuit broke, the church’s Facebook page was inundated with negative comments, including some calling the congregation “bigots” and “oppressors of women.”

“You cannot live in a #MeToo world” and “then force people to act and live in such a way that they can be accused without any defense,” Gibson said, as when an employee is told, “I’m going to put you out alone all night long in a car with someone.”

Vice President Mike Pence and former Mississippi gubernatorial candidate Robert Foster are among public figures to draw critique for stating they follow the Billy Graham Rule. Pence faced criticism in 2017 after a Washington Post profile of his wife, Karen, claimed the vice president never eats alone with a woman who is not his wife. A reporter for Mississippi Todaysaid last month it was “sexist” for Foster to ask that a male colleague accompany her if she wanted to ride along with him on a campaign trip.

Torres alleges religious discrimination against his former employer as well as two North Carolina police departments—the Apex Police Department and the Silver City Police Department—which supposedly did not hire him after the Lee County told them about his request for a religious accommodation.

The lawsuit asks the court to award Torres $300,000 in compensatory damages plus more than $15,000 in punitive damages. The defendants have yet to file their responses to the suit.

Title VII of the 1964 Civil Rights Act “requires a reasonable accommodation” in cases like Torres’s, according to Friedman. Yet a female employee who was denied training due to the Billy Graham Rule might also have grounds to claim discrimination on the basis of sex if her trainer was given an exemption.

David Roach is a writer in Nashville, Tennessee.