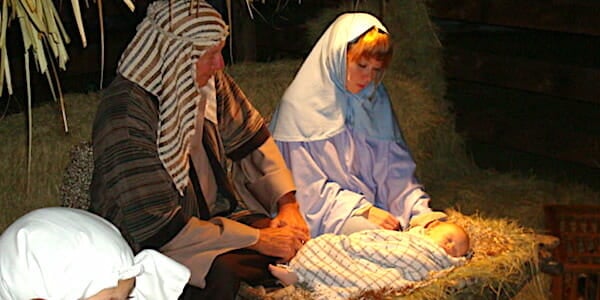 A “grinch” organization that flexes its influence each year during the holiday season, the Freedom from Religion Foundation, has “bullied” a school district in Oklahoma into canceling a live Nativity scene that had been part of the school’s annual Christmas celebration.

Liberty Counsel said it’s prepared to represent the school if officials decide they want to restore the holiday display.

LC said FFRF not only was wrong to insist such displays aren’t allowed, it mischaracterized a court ruling on the dispute.

FFRF wrote to Supt. Bret Towne of Edmond Public Schools in Edmond, Oklahoma, declaring “the Chisholm Elementary School Christmas program may not include a live Nativity scene in the performance.”

Liberty Counsel, which has handled many such disputes, said that while FFRF cited a 7th U.S. Circuit Court of Appeals ruling, the atheist organization failed “to accurately describe” the decision.

“The 7th Circuit simply did not make the sweeping ruling claimed by FFRF. FFRF has once again selectively related what actually happened in a suit, in order to frighten a school district into compliance,” Liberty Counsel explained.

The ruling stated clearly, “We are not prepared to say that a nativity scene in a school performance automatically constitutes an Establishment Clause violation.”

FFRF had said, “While a public school can hold holiday concerts, religious performances and instruction that emphasize the religious aspects of a holiday are prohibited.”

It continued, “Please note that including a live nativity performance in a school’s holiday concert remains illegal even if participation in the nativity scene is ‘voluntary.'”

FFRF cited a previous dispute in which it wanted to ban a 20-minute Nativity within a program that covered about 90 minutes.

The appeals court said: “The district court found that the Christmas Spectacular program. … A program in which cultural, pedagogical, and entertainment value took center stage – did not violate the Establishment Clause.

One judge wrote: “It is not sound, as a matter of history or constitutional text, to say that a unit of state or local government ‘establishes’ a religion through an artistic performance that favorable depicts one or more aspects of that religion’s theology or iconography. [The school] would not violate the Constitution by performing Bach’s Mass in B Minor or Handel’s Mesiah, although both are deeply religious works and run far longer than the nativity portion of the ‘Christmas Spectacular.’ Performing a work of art does not establish that work, or its composer, as the state song or the state composer; no more does it establish a state religion.”

“Liberty Counsel therefore stands ready, along with our affiliate attorneys in Oklahoma, to provide assistance at no charge to Edmond Public Schools, if the district desires to resume a live Nativity in a school Christmas program,” the organization promised.