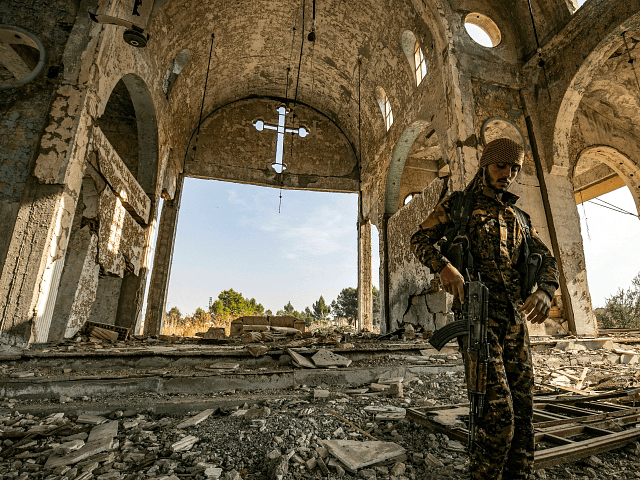 The Hungarian government has warned that Christians and Christianity are increasingly being driven out of public life in Europe, as well as being persecuted around the world more viciously than any other religious minority.

“Some years ago, at the Brussels City Hall, it was decided not to set a Christmas tree, and in Santa Monica, California, a ban on nativity screening was made on the grounds of world neutrality,” said Tristan Azbej, the Hungarian state secretary with particular responsibility for the Hungary Helps programme which extends aid to Christian minorities globally, in comments reported by the Hungarian press.

“Meanwhile, in Germany, Christian songbooks have been burned, and in France, churches have been attacked every year, and Christian symbols and religious objects have been damaged, such as the crucifixion,” he added.

There’re places where it’s illegal to display a Nativity scene and you can get fired for wishing #MerryChristmas …and this happens in the name of ‘Liberalism, inclusivity and freedom’. The Hungarian Government stands with Christian values & communities. https://t.co/zDgTC5L3f0 pic.twitter.com/fcwMcRvKKC

“Christianity is the most persecuted religion, with about a quarter of a billion Christians worldwide being persecuted or discriminated against, and thousands of people were killed last year because of their Christian beliefs,” the minister continued.

“The Hungarian government, on the other hand, is committed to the protection of Christian culture and strengthens it in the world by, inter alia, combating migration. They hope that over time, Europe will realize the importance of this, ” he said.

The Hungary Helps programme is not, as Azbej indicates, primarily concerned with helping Christian minorities in the Middle East and elsewhere to migrate to the West — a process which has seen the Christian populations of countries like Syria and Iraq collapse at an astonishing rate — but to help them where they are, in order to preserve their ancient communities and way of life for posterity.

Hungary Helps has “supported so far Christian communities by more than 35 million USD, provided scholarships, [and] helped 70,000 refugees to return to their ancestral homes”, according to Katalin Bogyay, Hungary’s ambassador to the United Nations.