After reviewing the writings of some 18th- and 19th-century thinkers, I’m convinced that the popularity of ideas like “millions of years” and “organic evolution” prevalent today didn’t come from scientific data but from clever strategies and crafted stories.

One early strategy used straw man arguments to demote the biblical Flood. In this all-too-common break with logic, opponents of a view attack an imagined version of that view instead of the real one. Combatants claim victory over their opponents when all they really did was beat up a flimsy conception of their own making.

For example, in 1720 René Réaumur studied sedimentary layers near Tours, France. He noticed fossil leaves mixed with broken shells. He thought the leaves were “laid too neatly to be attributable to such a violent event as the Noahic cataclysm.”1 Réaumur assumed a flood that could not, during a whole year, present the mudflow rates needed to deposit leaves. But the real Flood may well have done it. 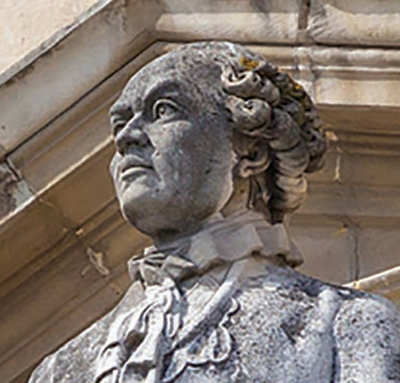 Similarly, from 1749 to 1788 Comte de Buffon used his high position in Paris’ Royal Academy of Sciences to promote his own ideas of vast ages for the earth in his 36-volume work Histoire Naturelle. The very phrase natural history supplants biblical history with a view that’s supposedly based on sedimentary layers. But layers convey no history. Eyewitness accounts do. Thus, the phrase leans on mere anti-biblical interpretations of layers. Buffon mentioned Noah’s Flood, but his straw man version of the Flood was too gentle to disturb Earth’s supposedly pre-existing rock layers—or even its trees and plants.

Since today’s local floods can rip up rock, a worldwide flood would devastate all landscapes. Claiming the Flood was either too gentle to leave any trace or too violent to deposit leaves makes it easier to ignore. Straw man versions of Noah’s Flood paved a path for imagined eons to deposit rock layers long before the Genesis events. This long-age view still strangles minds today. It keeps many would-be believers from trusting the Bible, including its good news.2

Another strategy that early naturalists used involved leveraging their professional platforms to emphasize cherry-picked talking points. Even before Buffon used his position, Bernard Le Bouyer de Fontenelle did the same. He became secretary of the Academy of Sciences in Paris in 1697. For over 40 years Fontenelle was the gatekeeper of academy publications. He was tasked with summarizing the most noteworthy scientific research. He selected those that matched his own view of an old earth.

British meteorologist and creation researcher Andrew Sibley summarized Fonte-nelle’s endeavors in the Journal of Creation. He noted that Fontenelle “used the occasion to try and persuade French academic society that an ancient history of the world could be arrived at through studies of nature with very little regard for belief in Noah’s Flood.”1 Anti-Flood sentiment then migrated across the English Channel. 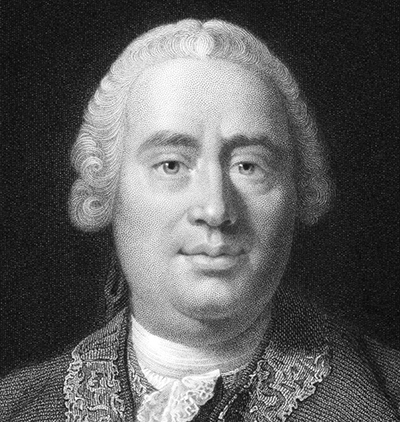 Famed philosopher David Hume used Eastern religious beliefs like Hinduism to argue against the fad of deism—belief in a creator who is uninvolved with his creation. Deism also denied God’s judgment of global sin with a global flood, and it included replacing any scriptural implications for geological history with human guesses about which non-Flood processes may have caused the geology of the present world.1

Hindus believe in vast time cycles instead of the Bible’s record of a recent creation. Hume expressed his deep-time leanings nonconfrontationally through fictional characters in dialogue. In one of Hume’s books, a character named Philo said, “The world, say I, resembles an animal; therefore it is an animal, therefore it arose from generation.”3

Hume…places the powers of generation much above those of our boasted reason; and…he concludes the world itself might…have been gradually produced from very small beginnings, increasing by the activity of its inherent principles, rather than by a sudden evolution of the whole by the Almighty fiat.4

There again, Erasmus simply cherry-picked a preferred story with no scientific basis. His grandson would cooperate in an even more subtle strategy to dress that story into a new history. 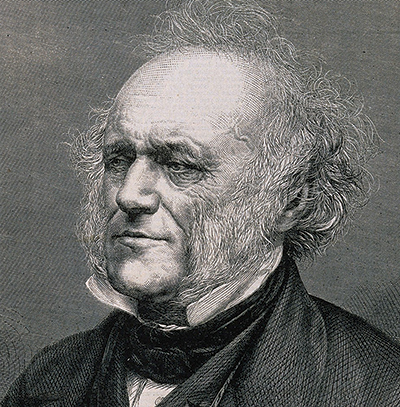 Scottish lawyer Charles Lyell wrote a personal letter in which he suggested ways that even religionists could “join us in despising both the ancient and modern physico-theologians.”5 Like today’s creation-believing scientists, physico-theologians believed that Genesis events like the Flood left physical signs on Earth such as vast rock layers studded with fossils.6

How would Lyell and his co-conspirators achieve their goal of garnering Flood despisers? Not through outright confrontation but by charming kindness. Lyell wrote in a letter to George Scrope, “I conceived the idea five or six years ago that if ever the mosaic geology could be set down without giving offence, it would be in an historic sketch.”5 His plan came not from a desire to do good science but to “despise” and “set down” Genesis history. “The strategy worked; the church and the culture were blindsided.”7 Charles Darwin advanced Lyell’s goal when he wrote On the Origin of Species, an anti-creation “historic sketch” that masqueraded as science. These men’s stories assumed deep time but never defended it. 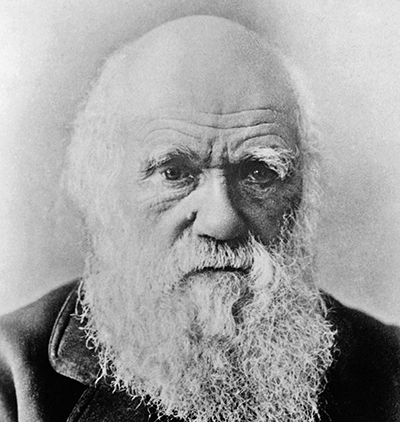 In a letter to his son George, Darwin divulged his role in the plot to overthrow the Genesis Flood. He wrote:

Lyell is most firmly convinced that he has shaken the faith in the Deluge & etc. far more efficiently by never having said a word against the Bible, than if he had acted otherwise….P.S. I have lately read Morley’s Life of Voltaire & he insists strongly that direct attacks on Christianity…produce little permanent effect: real good seems only to follow from slow and silent side attacks.8

The Impact of Clever Strategies

What kind of world did these conspirators craft? A world in which the very people God created deny their own creation. One in which people daily walk on, and sometimes dig through, thousands of feet of Flood-deposited sediments and yet deny that the Flood ever happened.

Clever strategies brought us here. Straw man caricatures of the Flood, cherry-picked talking points that ignore the Bible, leveraged positions of influence, and a conspiracy of stories gained the name of “science.” All the while, creation best explains why we have a world fit for life, and the Flood accounts for the billions of fossils buried inside countless tons of water-deposited rocks. Genesis recounts Earth’s true history.

* Dr. Thomas is Research Associate at the Institute for Creation Research and earned his Ph.D. in paleobiochemistry from the University of Liverpool.