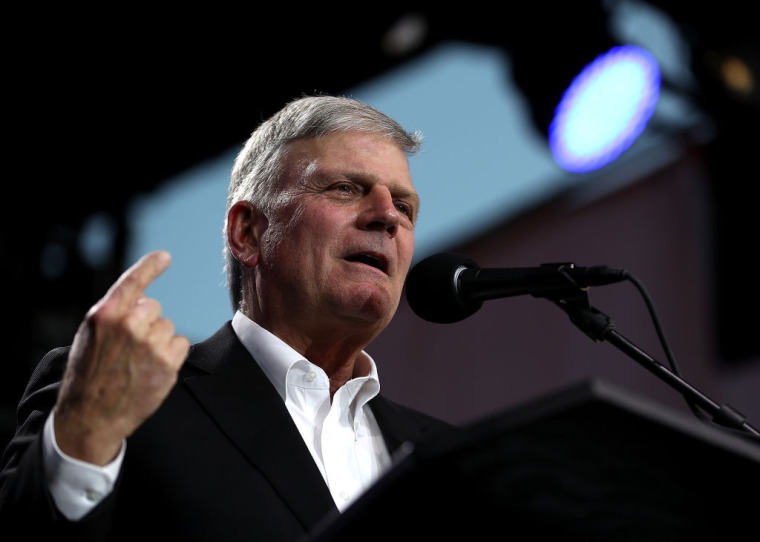 The head of the Billy Graham Evangelistic Association and Samaritan’s Purse took to his official Facebook page on Monday to voice his opinion on the decision.

“I don’t know Tesla CEO, Elon Musk, but I like that he’s standing up for his rights, which are your rights too,” wrote Graham.

“He’s been trying to get his car manufacturing plant in California opened back up and get his employees back to work, but the bureaucrats want to keep him shut down even when his competitors in other parts of the country are able to go back to work.”

Graham commended the 48-year-old engineer and entrepreneur on his stance, noting that the Tesla head “is not afraid to defy these overreaching officials, and he’s opening up anyway.”

“I like his stand!” concluded Graham. “I think the majority of Americans agree that it’s time to get the country opened back up, as long as it’s done with caution — don’t you?”

On Monday, Musk announced on his Twitter account that he was planning to reopen a plant in Fremont, California, despite not receiving authorization from local officials who’ve ordered most businesses to remain closed as part of the state’s response to COVID-19.

“Tesla is restarting production today against Alameda County rules,” Musk tweeted. “I will be on the line with everyone else. If anyone is arrested, I ask that it only be me.”

The county told the plant that it can “only maintain Minimum Basic Operations until we have an approved plan that can be implemented in accordance with the local public health order.”

“We are addressing this matter using the same phased approach we use for other businesses which have violated the order in the past, and we hope that Tesla will likewise comply without further enforcement measures,” the county added.

On Wednesday, the county reported on its official Twitter account that officials reviewed Tesla’s plan and offered additional recommendations during discussions with Tesla representatives. The county expressed an openness to allowing the plant to reopen with certain health and safety conditions being met.

“We reviewed the plan and held productive discussions today with Tesla’s representatives about their safety and prevention plans, including some additional safety recommendations,” they said.

“If Tesla’s Prevention and Control Plan includes these updates, and the public health indicators remain stable or improve, we have agreed that Tesla can begin to augment their Minimum Business Operations this week in preparation for possible reopening as soon as next week.”

Graham’s support of Tesla comes he and others are calling for churches to be granted legal immunity from lawsuits that could come from their decisions to reopen. Churches nationwide are making plans for a soft reopening.