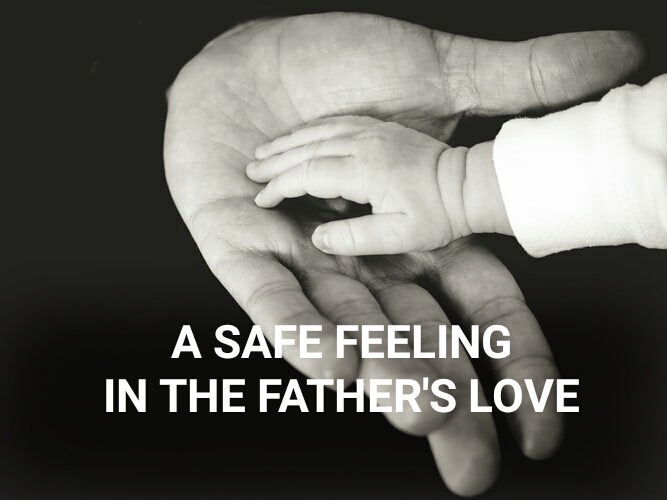 Today, the awareness of believers to be active in ministry is growing up.  In fact, some positions in ministry become something that is desired and proud of.  Whether we realize it or not, all activities in serving God has taken up a lot of time and energy, and is sometimes seen as more important than God himself.  As a result, many servants of God actually lose something more important and valuable. . . something from which the ministry comes out, that is a personal relationship with the God being served!

How important and valuable something is to us is reflected in how we treat it.

The Lord Jesus illustrated this through three parables in Luke chapter 15.  Jesus gave a parable about sheep, drachma and sons, which was important and valuable in the lives of the Jews at that time.  The number of sheep has indicates the amount of wealth and social rank, the drachma is the wage for one day, and the son is the successor to the descendants who continue the family inheritance.  When these things are gone, the owner will try to find it with all his efforts and will rejoice when he finds it back.

In the parable of the son in Luke 15: 11-32, the Lord Jesus tells the story of the father with his two sons, the younger and the older.  The younger asked for his inheritance, sold it all, then left and squandered his money to waste.  When he fell into poverty and hunger, he remembered his father and decided to go home.  His father, who had been waiting for him, immediately received him back and restored his position unconditionally, even holding a party to celebrate him.  The older was angry because he felt he had spent years to serve his father, work hard and tried to obey every command of his father, but was not heeded.  While his younger brother who acted poorly was welcomed in a special way.

Looking at verses 1 and 2, there are two groups of listeners in this parable.  The first group are tax collectors and sinners who usually come to hear Jesus’ teachings.  The second group are the Pharisees and the scribes.  The Younger is a depiction of tax collectors and sinners, while the older is a description of the scribes and Pharisees, those who feel they have done many things for God, feel they have done the right thing.

These two groups have in common, that is, they are not related to the father.  Naturally, if the younger loses relations with his father.  But what about the older?  How can a person who always stays in his father’s house, obeys orders and works hard in his father’s years, lose intimacy with his father?  It was seen from his reaction when he saw what his father had done to welcome his brother’s return.

“The older brother became ANGRY and refused to go in. So his father went out and pleaded with him.  But he answered his father, ‘Look! All these years I’ve been slaving for you and never disobeyed your orders.  Yet you never gave me even A YOUNG GOAT so I could celebrate with my friends.  But when THIS SON OF YOURS who has squandered your property with prostitutes comes home, you kill THE FATTENED CALF for him!’  (Luke 15: 28-30 NIV)

His first reaction was ANGRY.  He didn’t rejoice together with his father, even calling the younger as ‘THIS SON OF YOURS’, not ‘my brother’.  And, pay attention to the comparison of the words he uses, namely ‘THE FATTENED CALF’, which the father slaughtered for his younger brother, compared to ‘A YOUNG GOAT’ which according to him has never been given by his father to him, even though he has worked hard.  Implied envy and disappointment in his sentences.

Today, the older are people who know many of God’s words, are strict with various religious rules, and may be someone who is active in the ministry in the church, but unconsciously they have lost their personal relationship with the Father.  When we are easily triggered by anger, easily disappointed with God, disappointed with friends in the ministry, jealous of the blessings received by others, begin to measure what the Father should be given by what we have done in ministries, and lose love for others… maybe without us knowing we have lost our personal relationship with Heavenly Father.  Maybe we are the older who lost in the Father’s house.  Now is the time to return the position of our hearts to their proper place, which is in the presence of the Heavenly Father.

A ministry should come from the relationship between the child and Heavenly Father and be filled with the love of Christ.

A service that isn’t sourced from a relationship with Heavenly Father will only be an activity and busyness that will increasingly dry our spirituality.  When this happens, we will begin to calculate our efforts in God’s field and become disappointed when God doesn’t give us what we want.

Back to the parable of the prodigal son.  Does the Father love the younger more than the older, so the Father has a party to celebrate the return of the younger?  Or does the Father love the older because he is an obedient son who serves faithfully in the Father’s field?  The answer to both questions is NO.  The Father’s love is perfect love, not because of what we do or what we don’t, but because He loves us, as we are, even when we are sinners, so that He is willing to give His most precious possession, His Only Son, Jesus Christ.

“But God demonstrates his own love for us in this: While we were still sinners, Christ died for us.” (Romans 5: 8 NIV)

“He who did not spare his own Son, but gave him up for us all—how will he not also, along with him, graciously give us all things?” (Romans 8: 32 NIV)

Look at the younger.  When the younger back home, the father immediately restores his rights and status as sons and heirs, without the younger having to prove to the father by his actions in advance that he has repented.  There is no guarantee that he will no longer do shameful things to his father.  That is the love of the Father, that is the perfect love, the unconditional love.

A REFLECTION OF LIFE

The younger and the older are both losing relations and intimacy with the Father.  The younger who is a depiction of sinners who have not been saved, or it can also be people who have received salvation but choose to leave God for the sake of the world.  The older who is a depiction of God’s children who actively works in God’s fields and knows many of God’s words, but loses fellowship with the Father and does not know the character of the Father.  What does it mean all the toil in ministry when losing intimacy with the Heavenly Father!

Enthusiastic and active in the ministry is good, but it is really a shame if the busyness in serving God’s work makes us not have enough time to build a personal relationship with God.  We must view building a relationship with Heavenly Father as far more valuable than serving His work, because ministry should come out of intimacy with the Father and come from the love of the Father.

The Father has shown us how valuable and serious the restoration of relationship between Himself and humans is, so that the Father is willing to give Jesus to atone for sins, so that human can fellowship with Him.  Let us respond to the seriousness of the Father with the same attitude of heart, which is to place a personal relationship with Him above all else.  Let’s look at the relationship with the Heavenly Father as something valuable, something that we look forward to, we look for, we maintain, and become our joy.

When we are confronted with all kinds of problems and conditions in this world, let us always remember the high price paid by the Father to restore His relationship with us.  When we want to make a decision in life, let the main factor in our consideration be whether that decision will result in the deterioration of our personal relationship with our Father.  Let’s be Christians and servants of Christ who have a deep personal relationship with the Heavenly Father, know Him, and always feel ‘safe’ in the Father’s love that has been proven in the work of Christ, so that by His grace and by His strength, we can say:

Who shall separate us from the love of Christ? Shall trouble or hardship or persecution or famine or nakedness or danger or sword?

For I am convinced that neither death nor life, neither angels nor demons, neither the present nor the future, nor any powers, neither height nor depth, nor anything else in all creation, will be able to separate us from the love of God that is in Christ Jesus our Lord.