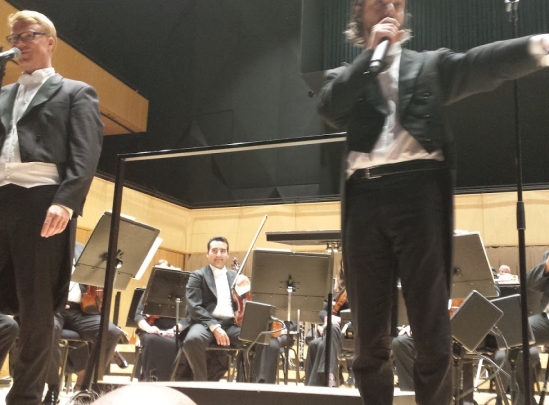 During one of the darkest periods of World War II, Winston Churchill asked aloud, “Will Britain surrender too?” Never.

At the time, in the summer and fall of 1940, the great leader of the U.K. declared, “I expect that the Battle of Britain is about to begin. Upon this battle depends the survival of Christian civilization.”

Churchill, the great lion of the 20th century, understood that if the Nazis won, they would usher in a period of unparalleled darkness. But thank God, “Christian civilization” won.

Fast forward to the summer of 2020, when the radical leftists desecrated a statue of Churchill. They spray painted anti-law enforcement graffiti on his statue. They likely would have torn it down, if they hadn’t been stopped.

There is a war on Western Civilization. And every week seems to bring new examples of this war.

It is not enough that the failed theory of Marxism has ushered in the deaths of tens of millions of human beings (in the 20th century alone), as documented in Harvard University’s The Black Book of Communism.

But it has now reinvented itself as cultural Marxism and has propagated itself in many of our schools. The violent, destructive protesters who are making mayhem in our streets demanding “justice” are the cultural Marxists, trying to make the rest of the country to be “woke.”

The New York Times last week, as part of the “woke” culture, now has classical music in its crosshairs.

In “Woke mob comes for Mozart,” Citizens Free Press (7/18/20) writes that the NYT “launched a full-out assault on classical music, hoisting ‘race theory’ onto composers who have been dead for centuries. In several opinion pieces published this week, the [NYT] said operas should be reexamined for racism, asked black artists how they would ‘change classical music,’ and suggested orchestras stop the practice of blind auditions so judges can see the person’s skin color they are grading.”

Classical music? Come on. There are plenty of different styles of music for all of us to enjoy. By way of full disclosure: This piece is being written with Schubert’s Symphony #9 playing in the background (for the umpteenth time). Some classical music is also sacred, written for the glory of God.

The concerted attacks seem to be aimed at unraveling the very fabric of civilization. There are different strands that make up Western civilization, certainly ancient Greece played a major part. But the single most important element is the Judeo-Christian tradition. Perhaps this explains why right now, during this time as darkness descends upon us, there are various attacks against churches and statues of Jesus and His mother.

Just on Saturday, in Chantilly, Virginia, a young man barged into a church and stabbed the pastor who was leading a Bible study. Thankfully, a policeman attending the study prevented the stabbing from being fatal. But this didn’t seem to make the news, as do other anti-Christian stories.

Breitbart.com reports (7/16/20) on a plethora of attacks against churches, mostly Catholic, just in the last few days or so:

•In Chattanooga, a statue of the Virgin Mary was beheaded. Mary statues were also damaged in Queens and Boston.

•In Ocala, Florida, a young man tried to burn down a Catholic church, before he was caught.

•Three statues of the missionary who virtually founded California, Father Junipero Serra, have been toppled recently. And on it goes.

And over the weekend, at a church in the Miami area, a statue of Jesus was beheaded.

It sounds like the minions of Shaun King are doing his bidding. He said that in the interests of social justice, statues of Jesus and of Mary should be torn down—if they look too white.

The war against Western Civilization can be seen in the war against Christopher Columbus. Although the Italian explorer never set foot on what is now the United States of America, he bridged the gap from Europe to the New World, thus opening it up to the rest of the world.

In recent days, Columbus statues have recently been vandalized, and in at least three cases, toppled and destroyed.

John Eidsmoe, a great scholar on American history, law professor, and author, once made this remark about the attack on Western civilization (particularly as seen in the attack on Columbus, for example): “Let us credit them for its [Western culture’s] achievements and contributions: art, music, architecture, ethics, liberty, law, government, a Constitution that has served as a model across the world, an economic system that has produced the greatest good for the greatest number and the highest level of prosperity the world has ever known, and a spirit of ingenuity and achievement that led to unparalleled medical and technological advances.”

Sometimes I feel like saying, “Hey, wake me up when the Era of Woke is over.”

Many think that the solution to our economic woes is for the government to spread the wealth around—to take more from the so-called “one percent” and give it to the so-called “ninety-nine percent.” Are they right? The Collapse of the Berlin Wall should’ve been the end of socialism. But unbelievably, many in our own government have enacted a federal takeover of health care and have big plans for an all-controlling, all-consuming federal government. How can the destruction that socialism brings be avoided in America?

Feature:
Socialism is not the answer. From a biblical perspective, it encourages envy and covetousness, and it actually stifles economic growth and innovation. Yet even in America today, some form of socialism or another is persistently offered as the cure to all our ills. To understand the danger, we need to look at the roots. Today, we investigate the rise of socialism in the 20th century—and what the long shadow of Karl Marx has really left behind.