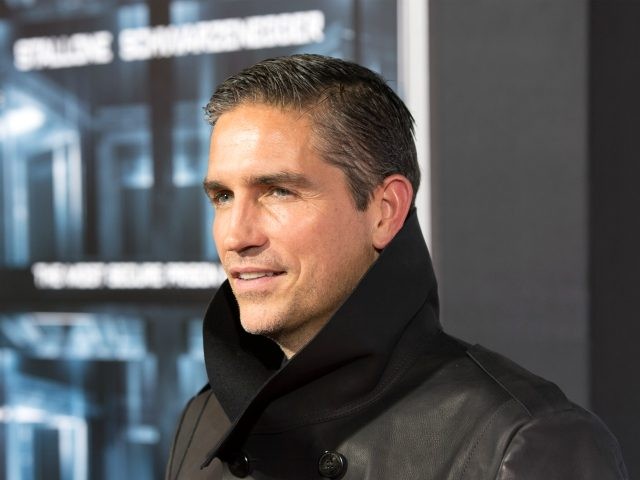 The loss of freedom requires its surrender from an acquiescent citizenry, warned actor Jim Caviezel, best known for portraying Jesus in The Passion of the Christ and who plays the lead role in the forthcoming film Infidel, offering his remarks on Thursday’s edition of SiriusXM’s Breitbart News Daily with host Alex Marlow.

“It’s not going to be some communist or Nazi that takes away your freedoms. It’s going to be you giving them away,” said Jim Caviezel.

Caviezel addressed the growth of left-wing political censorship and intimidation. He said combating “cancel culture” is one of the reasons he starred in Infidel.

Infidel‘s website describes the movie as “a contemporary Middle East thriller starring Jim Caviezel as an American kidnapped while attending a conference in Cairo, who ends up in prison in Iran on spying charges. His wife goes to Iran, determined to get him out.”

“That’s why I wanted to do this movie: because this character is not that guy [who surrenders],” Caviezel said. “One of the interesting things about this script is that he stands up for what he believes in, and that is something lacking today in terms of cancel culture.”

Caviezel described diminished human connectivity in Hollywood driven by cultural, political, and technological shifts over the past decades. He identified social media as a contributing factor to the increasing atomization of people.

“When I first came into this industry, you would see people sitting together, reading books, and saying, ‘Oh, what book are you reading?’ getting each others’ addresses, talking, [and] communicating,” recalled Caviezel. “It’s not that way anymore. Their heads are in their phones. Their heads are, ‘How many people are following me?’ And I would say a lot of that has to do with wanting to be liked very badly, but they’re so misinformed.”

Caviezel continued, “When you look at what Jesus spoke about — what love really is — yes, you can be loved by the world, but do you want to be liked by many or loved by one?”

Marlow asked, “You’re a man of obviously outspoken faith. How has that affected your career, particularly [after] The Passion of the Christ?”

Caviezel described a de facto blacklisting he was subjected to within Hollywood after the success of The Passion of the Christ. He replied, “I had no choice. I had to defend it. I had to fight to survive. The film exploded. It was off the charts. You’d think, ‘Oh, you’re going to work a lot.’ No, I didn’t. I was no longer on the studio list. That was gone.”

Caviezel continued, “Because of what I do as an actor — that’s my skill — it was given to me from God. I didn’t give it to myself, but it’s something in which I have a great range. … I really felt that faith was much bigger than the industry and Hollywood and bigger than the Republican or Democratic Party or any of that.”

“[Many] politicians are so corrupt, and I see it in the church,” remarked Caviezel. “Oh my God, everywhere: Bishops — I’m a Roman Catholic — bishops, they have done nothing, pastors, priests, but there are a few phenomenal ones. … but you don’t hear about them in the media. You hear about the corrupt ones. There is a lot of evil going on in the world, but there are a few of us doing the right thing.”

Continual appeasement of expanding left-wing demands will destroy Christian life in America, determined Caviezel. He addressed the inclination to avoid discussion of politics and religion as “appeasement” of “secular extremists.”

Caviezel stated, “A lot of people sit there and say, ‘I don’t want to talk about religion or politics.’ Well, I say, ‘If we don’t discuss it at some point, we’re going go from bad to worse.’ At some point, the bombs were falling on Germany. They were hitting in Hamburg, and I’m sure they didn’t want to discuss it.”

Caviezel cautioned against “appeasement that we as Christians [extend to] secular extremists.” He added, “That’s a war — if you want to get into one — that’s a war we should get in and must be won. We need to win that because this way of life that we have as Christians … in the United States [will end].”

Caviezel concluded, “The way of life we’re living right now is not going to be a Christian way of life if we don’t stand up and start fighting back.”

Infidel debuts in theaters on September 18.