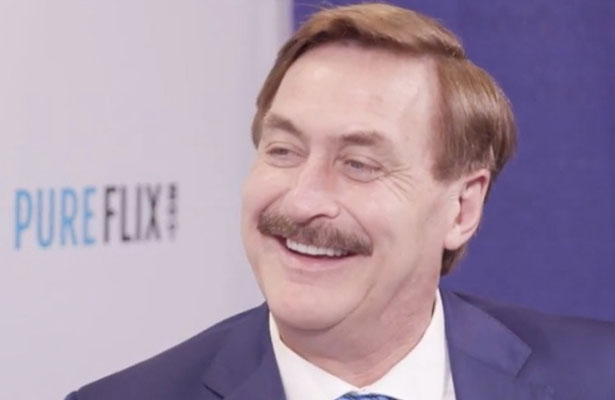 Millions of Americans know Mike Lindell from his popular commercials for MyPillow, but many people are likely unaware of the iconic pillow magnate’s incredible backstory of overcoming addiction, finding faith and using his massive platform to help transform the lives of others.

Lindell, who is the CEO and inventor of MyPillow, helped finance “Unplanned,” a film about abortion clinic director-turned pro-life advocate Abby Johnson’s life that has been sparking headlines and is currently in theaters nationwide.

READ ALSO: Ex-Planned Parenthood Director on the Moment She Fled Her Clinic

He poured $1 million into the production, telling PureFlix.com’s “Pure Talk” that he got involved after producers reached out and revealed their plans. Lindell was so moved by Johnson’s real-life story that he prayed over it and instantly decided to fund the movie and film a cameo.

“I said, ‘Are you short any money?’ And they said, ‘Yeah, we’re short about a $1 million and … I just felt right there through the holy spirit — ‘Send this money,’” Lindell explained.

He also shared details of his personal faith journey, revealing that he was a drug addict for nearly three decades before finally stopping in 2009.

He was so bad, in fact, that his drug dealers staged an intervention in 2008 and refused to sell to him. They cut him off, and a year later he was done using.

“I got freed of all of my addictions January 16, 2009, but at that point I didn’t do a full surrender to Jesus,” he said. “I didn’t give a full surrender until February 18, 2017, so there’s quite a story in between where God was still chasing me.”

Now, Lindell travels the country and speaks about his Christian faith and the values that stem from it. He views MyPillow as a platform through which he’s able to have a positive influence — and “Unplanned” is just his latest effort to achieve that goal.

“I really believe you’re not just saving the unborn and the babies, but the peoples’ hearts are changing and healing,” he said of the impact of “Unplanned.” “It was God. Everybody who was involved in that movie, God put them there.”

You can get tickets to “Unplanned” here.