The Origin and Fall of the Devil

Where did the devil come from? To put it another way, how could a God of love create someone as horrible as the devil? This question is based on flawed reasoning since it assumes that we are in a position to critique God. Many who refuse to look into what the Bible says on the subject simply decide that God seriously erred in this area, so we should not put our trust in Him.

God did not create the devil as we know him.

When God created the world, we are told that God examined it and declared that it was good (Genesis 1:31). This means that even the angelic world did not have evil angels or demons in it at that time. But by the time of Genesis chapter three, we find that Satan, in the form of a serpent, was tempting Eve to sin. Therefore, sometime between the events of Genesis chapter one and Genesis chapter three, there must have been a rebellion in the angelic world, with many angels turning against God and becoming evil. This rebellion was led by Satan himself.

“You were the model of perfection, full of wisdom and perfect in beauty. You were in Eden, the garden of God…You were anointed as a guardian cherub, for so I ordained you. You were on the holy mount of God; you walked among the fiery stones. You were blameless in your ways from the day you were created till wickedness was found in you. Through your widespread trade you were filled with violence, and you sinned. So I drove you in disgrace from the mount of God, and I expelled you, O guardian cherub, from among the fiery stones. Your heart became proud on account of your beauty, and you corrupted your wisdom because of your splendor. So I threw you to earth; I made a spectacle of you before kings” (Ezekiel 28:12–17 NIV).

Cherubim are depicted in Scripture as powerful and majestic angelic creatures who surround God’s throne. And Lucifer had once been a guardian cherub. Ironically, after Adam and Eve succumbed to the devil’s temptations, disobeyed God, and were expelled from Eden, God sent cherubim to guard Eden (Genesis 3:24).

Since Lucifer had been the model of perfection, what sort of sin led to his fall? His heart became proud because of his incredible beauty. Lucifer allowed his perfection to be the cause of his corruption.

Lucifer was not satisfied with worshipping God; instead, he wanted to be worshipped. Once a beautiful, powerful angel of God, he lost his former, exalted position in Heaven.

“How you are fallen from Heaven, O Lucifer, son of the morning! How you are cut down to the ground, you who weakened the nations! For you have said in your heart: ‘I will ascend into Heaven, I will exalt my throne above the stars of God; I will also sit on the mount of the congregation on the farthest sides of the north; I will ascend above the heights of the clouds, I will be like the Most High.’ Yet you shall be brought down to Sheol, to the lowest depths of the Pit” (Isaiah 14:12–15).

Lucifer (“star of the morning”) became Satan (“accuser”) when he fell to the earth. Jesus, speaking of this event, said, “I saw Satan fall like lightning from Heaven” (Luke 10:18).

When Satan fell, he did not fall alone. Scripture tells us that he took one-third of the angels (see Revelation 12:4). Considering that the angelic host numbers more than 10,000 x 10,000 (see Revelation 5:11), that is a sizable group. They account for the fallen angels, or demons, that now do his bidding. As a result, Satan is a fallen, but powerful, spirit-being with a well-organized network of demon powers to help him accomplish his purposes. Those purposes, according to Jesus, are to “steal, kill, and destroy” (John 10:10).

That’s the bad news. The good news is that two-thirds of the angels are on our side! As the prophet Elisha said to his servant, “Don’t be afraid. Those who are with us are more than those who are with them” (2 Kings 6:16).

As Christians, we have an even greater asset than the majority of angels on our side: Jesus Christ, who conquered Satan at the cross of Calvary, is also on our side!

The Origin and Fall of the Devil

The Strategy of the Devil

Satan starts with the mind.

When Satan wanted to lead the first man and woman into sin, he started by attacking the mind. Scripture says, “I am afraid, lest as the serpent deceived Eve by his craftiness, your minds should be led astray from the simplicity and purity of devotion to Christ” (2 Corinthians 11:3 NIV).

Satan hits here first because he knows that the mind is the place where we reason, contemplate, and fantasize. That is why the Bible urges us to bring “every thought into captivity to the obedience of Christ” (2 Corinthians 10:5). If the devil can just get us to think about carrying out a particular sin, that will help him to accomplish his purposes. You can never truly say, “The devil made me do it.” The tempter needs cooperation from the tempted.

Satan works with two close allies: the world and the flesh.

The term the world refers to the way the world operates now, which is hostile to God. The world system encourages living for personal gratification and putting our own will above all else. “We know that we are of God, and the whole world lies under the sway of the wicked one” (1 John 5:19).

The term the flesh refers to the sinful nature that lives to be gratified; unrestrained sensual appetites. “For all that is in the world—the lust of the flesh, the lust of the eyes, and the pride of life—is not of the Father, but is of the world” (1 John 2:16).

The Strategy of the Devil 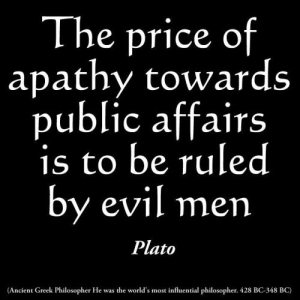