“Christian persecution ‘at near genocide levels'” reported the BBC, (5/3/19):”A report ordered by Foreign Secretary Jeremy Hunt … Christians were the most persecuted religious group … Mr Hunt said he felt that ‘political correctness’ had played a part in the issue not being confronted …The interim report said the main impact of “genocidal acts against Christians is exodus” and that Christianity faced being “wiped out” from parts of the Middle East …﻿Evidence shows not only the geographic spread of anti-Christian persecution, but also its increasing severity.”Read as PDF …

Rise of the Tyrant – Volume 2 of Change to Chains: The 6,000 Year Quest for Global Power

The Christian church was born into persecution from an anti-Christian one world government — the Roman Empire.Eleven of the twelve apostles were martyred, with the 12th, John, being reportedly thrown into a boiling pot of oil, but miraculously survived.

Jesus said in Acts 1:8:”But ye shall receive power, after that the Holy Ghost is come upon you:﻿and ye shall be witnesses unto me both in Jerusalem, and in all Judaea, and in Samaria, and unto the uttermost part of the earth.”The word “witness” in Greek is “martyr.”

The traditional histories are:

The first martyr was Stephen, as told in the Book of Acts, chapter 7:”When they heard these things, they were cut to the heart, and they gnashed on him with their teeth.But Stephen, being full of the Holy Ghost, looked up stedfastly into heaven … And said, ‘Behold, I see the heavens opened, and the Son of man standing on the right hand of God’ …They cast him out of the city, and stoned him: and the witnesses laid down their clothes at a young man’s feet, whose name was Saul …Stephen, calling upon God, and saying, ‘Lord Jesus, receive my spirit.’And he kneeled down, and cried with a loud voice, “Lord, lay not this sin to their charge.'”

Saul converted and became the Apostle Paul, who preached in Syria, Asia Minor, Greece, and throughout the Roman Empire, till he was beheaded in Rome in 66 AD.

James the Just, also known as “James, brother of the Lord,” was one of the leaders of the early church in Jerusalem till he was martyred in 62 AD.

Josh McDowell explained the significance of the Apostles being martyred in his best-selling book, Evidence That Demands a Verdict (1972).The book was updated (2017) with his son and co-author, Sean McDowell, who stated:“The apostles spent between 1.5 to 3 years with Jesus during His public ministry …Although disillusioned at His untimely death, they became the first witnesses of the risen Jesus and they endured persecution; many subsequently experienced martyrdom, signing their testimony, so to speak, in their own blood …Their willingness to die, indicates that they did not fabricate these claims; rather, without exception, they actually believed Jesus to have risen from the dead … lending credibility to their claims about the veracity of the resurrection, which is fundamental to the case for Christianity.”

Jesus foretold persecution in the Gospel of John, chapter 15:“You are not of the world, but I chose you out of the world, therefore the world hates you …If they persecuted Me, they will also persecute you …But all these things they will do to you for My name’s sake, because they do not know Him who sent Me …He who hates Me hates My Father also.”

Jesus said further in John 16:”The time cometh, that whosoever killeth you will think that he doeth God service.And these things will they do unto you, because they have not known the Father, nor me.But these things have I told you, that when the time shall come, ye may remember that I told you of them.”

Jesus forewarned in Matthew 24:”Then shall they deliver you up to be afflicted, and shall kill you: and ye shall be hated of all nations for my name’s sake …And because iniquity shall abound, the love of many shall wax cold. But he that shall endure unto the end, the same shall be saved.And this gospel of the kingdom shall be preached in all the world for a witness unto all nations; and then shall the end come.”

The Book of Revelation, with chapter 12, stated:”Now is come … the kingdom of our God, and the power of his Christ: for the accuser of our brethren is cast down, which accused them before our God day and night.And they overcame him by the blood of the Lamb, and by the word of their testimony; and they loved not their lives unto the death.”

In 155 AD, Polycarp, a disciple of John, was ordered by the Roman judge to deny Christ or die.Polycarp responded:”Eighty and six years have I have served Him, and He has done me no wrong. How can I blaspheme my King and my Savior?” 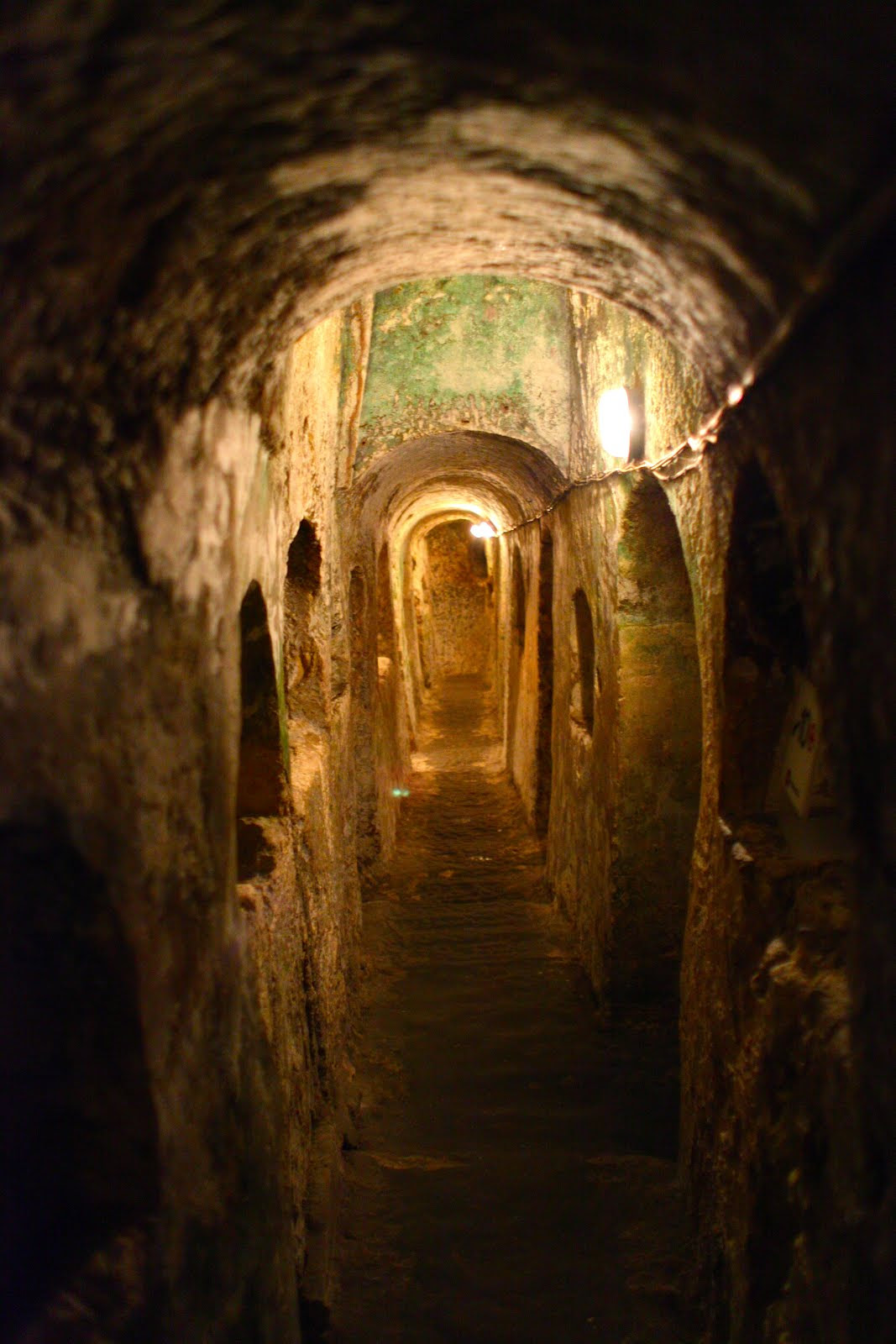 Emperor Diocletian’s persecution was the worst.When Diocletianlost battles in Persia, his generals blamed it on the army’s neglect of worshiping the Roman gods.

Diocletian ordered all military personnel and government employees to worship the Roman gods.This order forced Christian soldiers to either go out of the military or into the closet.

After purging Christians from the military and government, Diocletian surrounded himself with anti-Christian advisers.

In 303 AD, he consulted the Oracle Temple of Apollo at Didyma, which told him to initiate a great empire-wide persecution of Christians.

Diocletian revoked the tolerance issued a previous Emperor Gallienus in 260 AD, and then used the military to force all of Rome to return to worshiping pagan gods.

What followed was a decade of the worst and most intense persecution of Christians to that date.

Diocletian had his military go systematically province by province forbidding church gatherings,arresting church leaders, burning scriptures, destroying church building.He ordered the beautiful new church at Nicomedia to be torn down.Christians were deprived of official ranks, lost their jobs, imprisoned, had their tongues cut out, were boiled alive, and even decapitated.

From Europe to North Africa, thousands were martyred.The faithful cried out in fervent prayer.

Finally, Diocletian was struck with an intestinal disease so painful that he abdicated the throne on MAY 1, 305 AD.

The next emperor, Gelarius continued the persecution, but he too was struck with the intestinal disease and died in 311.

Emperor Constantine defeated Emperor Maxentius in 312 AD at the Battle of Romes’ Milvian Bridge.In 313 AD, Constantine issued the Edit of Milan, ending the persecution of Christians.

Rise of the Tyrant – Volume 2 of Change to Chains

Commenting on Roman persecutions was Secretary of State William Jennings Bryan, the Democrat Party’s candidate for President in 1896, 1900, and 1908.

William Jennings Bryan, in his speech, “The Prince of Peace,” (New York Times, September 7, 1913), stated:”I can imagine that the early Christians who were carried into the Coliseum to make a spectacle for those more savage than the beasts, were entreated by their doubting companions not to endanger their lives.﻿But, kneeling in the center of the arena, they prayed and sang until they were devoured …”

Bryan continued:”How helpless they seemed, and, measured by every human rule, how hopeless was their cause!And yet within a few decades the power which they invoked proved mightier than the legions of the Emperor, and the faith in which they died was triumphant o’er all the land …

… They were greater conquerors in their death than they could have been had they purchased life.”

DVD Change to Chains – The 6,000 year Quest for Global Control

The Center for Studies on New Religions found that in 2016, over 90,000 Christians were murdered, 30 percent of whom were at the hands of Islamic terrorists.

… If a Christian is discovered in Somalia, they are unlikely to live to see another day.North Korea is at the top of the list of countries persecuting Christians, followed by nations practicing sharia Islam.China has increased targeting Christians and demolishing churches.”

Catholic News Agency reported:”All top 10 countries with the worst persecution of Christians are in Asia and Africa. Somalia ranks second on the list, followed by Afghanistan, Pakistan, the Sudan, Syria, Iraq, Iran, Yemen, and Eritrea …More Christians were recorded as killed (in Pakistan) for their faith in 2016 than any other country.”

President Ronald Reagan commented on the persecution of Christians in the Roman Coliseum at the National Prayer Breakfast, February 2, 1984:”This power of prayer can be illustrated by the story that goes back to the fourth century — the monk (Telemachus) living in a little remote village, spending most of his time in prayer …One day he thought he heard the voice of God telling him to go to Rome …﻿Weeks and weeks later, he arrived … at a time of a festival in Rome …

… He followed a crowd into the Coliseum, and then, there in the midst of this great crowd, he saw the gladiators come forth, stand before the Emperor, and say, ‘We who are about to die salute you.’And he realized they were going to fight to the death for the entertainment of the crowds.He cried out, ‘In the Name of Christ, stop!’﻿And his voice was lost in the tumult there in the great Colosseum …”

He continued:”And as the games began, he made his way down through the crowd and climbed over the wall and dropped to the floor of the arena.Suddenly the crowds saw this scrawny little figure making his way out to the gladiators and saying, over and over again, ‘In the Name of Christ, stop!’And they thought it was part of the entertainment, and at first they were amused.But then, when they realized it wasn’t, they grew belligerent and angry …”

… And suddenly, a strange thing happened.The gladiators stood looking at this tiny form lying in the sand.A silence fell over the Colosseum.And then, someplace up in the upper tiers, an individual made his way to an exit and left, and the others began to follow.And in the dead silence, everyone left the Colosseum.That was the last battle to the death between gladiators in the Roman Colosseum.﻿Never again did anyone kill or did men kill each other for the entertainment of the crowd …”

Reagan ended:“One tiny voice that could hardly be heard above the tumult. ‘In the Name of Christ, stop!’It is something we could be saying to each other throughout the world today.”–