Actor Jim Caviezel portraying Jesus in “The Passion of the Christ.”

According to columnist Todd Starnes, YouTube “removed the clip and sent me a message saying the pastor’s sermon was hate speech.”

The Big Tech player said, “Our team has reviewed your content, and, unfortunately, we think it violates our hate speech policy. We’ve removed the following content from YouTube: ‘There is no such thing as transgender. You are either XX or XY. That’s it. – Pastor John MacArthur.'”

Starnes explained MacArthur is pastor of Grace Community Church and his messages are broadcast on hundreds of radio stations, he’s a best-selling author and a “beloved member” of the evangelical community.

His message on Sunday was part of a nationwide campaign to draw attention to Canadian legislation that would silence pastors on LGBT issues. That law, actually, threatens pastors who speak biblical, or even scientific, messages about the LGBT agenda with five years in prison.

In fact, science confirms that people are either male or female, and that is embedded in the body down to the DNA level. No amount of body mutilations can change that.

With its action, YouTube “affirmed the Canadian law by banning any opposition to transgenderism on their platform,” Starnes explained.

MacArthur explained, “There is no such thing as transgender. You are either XX or XY, that’s it. God made men male and female. That is determined genetically, that is physiology, that is science, that is reality.

He cautioned, “On the one hand, the reality of that lie and deception is so damaging, so destructive, so isolating, so corrupting that it needs to be confronted, but on the other hand, that confrontation can’t exaggerate what already exists, which is a sense of feeling isolated in relationships.”

Starnes warned, “And it won’t be very long before the sex and gender revolutionaries target the source of our beliefs – the Holy Bible. I foresee a day in American history where Bibles could be confiscated or rewritten to affirm the LGBTQIA lifestyle.”

He quoted Jenna Ellis, special counsel for the Thomas More Society, who successfully fought on behalf of Pastor MacArthur when Los Angeles ordered his church to shut down during the pandemic.

“The Big Tech oligarchy in the United States is implementing the equivalent of Canada’s insane law by censoring truth and the right of pastors to teach the Bible,” she told Starnes. “If Americans don’t stop Big Tech, this new regime will circumvent the Constitution to foreclose our fundamental rights to speak and exercise religion and the impact will be devastating.” 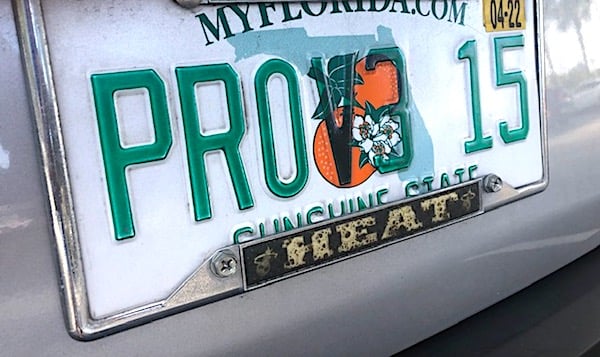 WND reported earlier this week that thousands of Christian pastors across North America on Sunday warned their congregations about a new movement that includes a law that blatantly describes biblical morality as a “myth.”

The fight is over Bill C-4, adopted by Canadian lawmakers with little discussion recently. It establishes a legal ban on “conversation therapy.”

That has been made a derogatory term by LGBT activists, but it actually encompasses a wide range of counseling options that people used to have to deal with unwanted same-sex feelings.

Therapists sometimes are able to uncover childhood or other trauma that has triggered a path into alternative sexual lifestyle choices.

The law, which took effect only days ago, prompted an initiative by Liberty Coalition Canada that was promoted by MacArthur – and more than 4,000 Christian pastors publicly protested the law, according to Fox News.

The fast-tracked Canadian law openly defies biblical history and teaching, as well as science, denouncing those teachings as a “myth,” and imposing a potential five-year jail sentence for failing to align counseling events with the politically correct LGBT agenda.

“MacArthur told Fox News that he believes widespread sexual immorality is evidence of divine judgment on a culture and predicted increased efforts to silence those who speak out against it,” the report explained.

“Ultimately, the dissenters, the ones who will not cave in, are going to be those who are faithful to the Bible,” he said. “And that’s what’s already leading to laws made against doing what we are commanded to do in Scripture, which is to confront that sin. And that’s just going to escalate.”

He added, “The fact that they identified it as a criminal conduct that could give you as much as five years in prison takes it to a completely different level, because Canadian pastors have been put in jail for just having church services.”