Agents were told they were allowed only to determine owners 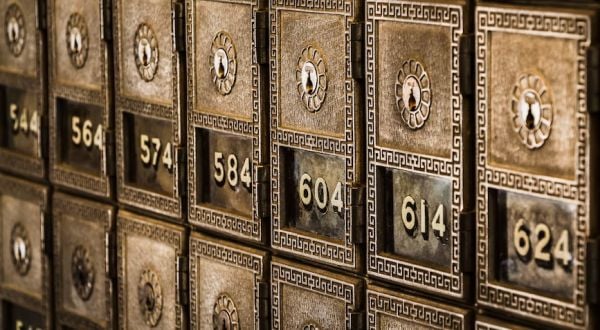 There remain many questions about the FBI’s raid on the Mar-a-Lago home of President Donald Trump, during which agents claim to have found secret government documents – documents that Trump said he’d already declassified.

Eventually, some answers will come out about why the raid happened, when Trump’s lawyers had been working with the government on documents it wanted.

But now a court case in California has revealed that it’s not the first time FBI agents went into a search – and did just about anything they wanted to do.

The earlier case involves an investigation of US Private Vaults, a corporation that offered safe deposit box services to consumers.

It seems the FBI put a bull’s-eye on $80 million worth of contents inside the boxes, even though the issue was with the corporation providing those box services only.

The Institute for Justice has been in court already, pushing back against the government’s planned seizure of most of those privately owned items, and notes that while many have been returned, the inventory of those items, and the private consumer information attached, remains with the government.

When the dispute was at its peak, FBI officials “marched into US Private Vaults in March 2021,” the IJ said.

“To gather more evidence to support their forfeiture efforts, those same FBI officials ignored the seizure warrant’s command that it ‘does not authorize a criminal search or seizure of the contents of the safety deposit boxes,'” the IJ reported.

“Under the warrant, agents were only supposed to ‘inspect the contents of the boxes’ – not to search for potential violations of law, but simply to ‘identify their owners in order to notify them so that they can claim their property.'”

The IJ continued, “But despite its promises to the court, the FBI created custom forms that asked agents to look for information the government could use in pursuing forfeitures. One document, for instance, asked agents to ‘note things such as how the cash is bundled,’ ‘if it has a strong odor,’ or ‘if there appears to be drug residue.’ Another instructed that cash over $5,000 should be sniffed by a ‘canine unit,’ and, in fact, the U.S. Postal Inspection service arranged for numerous drug dogs to be on site,” IJ reported.

“Under the warrant’s terms, agents should have stopped when they encountered letters taped to the top of closed boxes that identified the box’s renter and beneficiaries,” IJ explained.

“The burden should always be on the government to prove wrongdoing before it can take somebody’s property. The government here just assumed that everything in the boxes worth more than $5,000 was somehow connected to crime,” said IJ Senior Attorney Robert Johnson. “That is a perfect example of how civil forfeiture take
s the presumption of innocence and turns it on its head.”

Further, the IJ documented that when the FBI asked a federal magistrate judge for a warrant, it “concealed critical details about its plans for the hundreds of individually rented security deposit boxes…”

“Evidence brought to light in a federal class action lawsuit filed by the Institute for Justice (IJ) reveals the previously hidden history of the federal government’s raid, which deliberately violated the constitutional rights of hundreds of people throughout Southern California,” the IJ reported.

“The government has a duty to be honest with the court when it applies for a warrant under the Fourth Amendment,” said IJ senior attorney Robert Frommer. “But the FBI lied about its intentions in claiming to only be interested in the property of the business, and not the box holders. Ultimately, the lure of civil forfeiture turned these federal cops into robbers.”

The IJ reported that even before the federal agents asked for the warrant, they “had already formulated plans to use civil forfeiture against customers’ property. In fact, before the federal magistrate had even seen the warrant application, FBI officials had concluded they would use civil forfeiture against every asset in every customer’s box that was worth over $5,000.”

“In other words, the government testified that it planned to seize and administratively forfeit every box renter’s property so long as it thought it would make money on the deal. It planned this despite not knowing who those renters were, what was in their boxes or if they had committed any crimes,” the IJ report said.

When IJ sued, the court barred some of the government’s forfeiture plans because of due process violations.

“But due to the government’s shocking violation of Fourth Amendment rights, the FBI and other agencies continue to hold onto the detailed records of hundreds of peoples’ boxes.

“For months the FBI held onto our precious metals and treated me and my husband like criminals. If we had not fought back, we could have lost a significant part of our life savings forever,” Jeni Pearsons, one of the plaintiffs in the suit, said in a state released by the IJ. “Our lawsuit can’t turn the clock back and keep our rights from being violated, but we want to make sure the government never does this to anyone else and doesn’t hold onto the records and photos of our private possessions.”

During the second segment of his opening monologue tonight Tucker Carlson accurately outlined the connective tissue behind the Democrat/Biden authoritarian agenda.  Carlson omitted the ideological connections to the totalitarian covid-19 mandates, which present excellent examples of the outlook; nonetheless, Carlson accurately outlined the continuum that Biden and his handlers are traveling.

According to the fiats of the power-centric focus, all opposition to the Biden agenda is bigoted racism and domestic extremism.  Not accidentally, the White House deployment of targeting orders toward their social media allies, mirrors the actions by Ukraine President Volodymyr Zelenskyy in silencing his political opposition, barring media from criticizing him and making political opposition illegal.  Both Biden and Zelenskyy are totalitarian figures hiding behind the false ruse of democracy.  WATCH: