(Natural News) Democrat Joe Biden’s message of wanting to ‘unify our divided country’ suffered another credibility blow in the wake of a newly uncovered Democratic memo that warns two-thirds of our country is a bigger threat than China, Russia, Iran and North Korea combined.

A report prepared especially for the (potentially) incoming Biden administration from the Secular Democrats of America PAC provides guidance to “boldly restore a vision of constitutional secularism and respect in the land for religious and intellectual pluralism.”

And here we thought that after four years of President Donald Trump that his efforts to uphold the right of Christians — and Jews, and Muslims, and whomever else — to practice freely, as outlined in the First Amendment, was him restoring constitutionality.

In any event, the PAC says it “represents secular Democratic individuals and organizations” while advocating for “secular governance” as well as the promotion of “respect and inclusion of nonreligious Americans,” while mobilizing “nonreligious voters.”

Again, that same First Amendment guaranteeing Americans the right to worship freely also lacks a provision that mandates a religious society or the practice of a certain religion. So — if there can be no forcing of religion on Americans, why does this group think it can force secularism on all of us?

Just The News reports that the proposal was formally presented to the Biden team by Democratic Reps. Jamie Raskin and Jared Huffman, co-chairmen of the Congressional Freethought Caucus; it was also endorsed by Democratic Rep. Jerry McNerney.

“We’ve offered the new administration a roadmap to restore our basic constitutional values and protect science, reason and public health in American government,” Raskin and Huffman said in a joint statement. (Related: Why rioters will eventually turn their rage on Christianity if not stopped.)

The proposal calls for Biden’s team to work with Congress and governors to “advance a secular agenda at all levels of government, taking into account the current makeup of the federal courts and new, unfavorable precedents that your administration will have to contend with.”

In the document, the group argues that Trump has “empowered the religious right in ways no other administration has before, making significant advances in enacting their Christian nationalist agenda.”

Again, what is inherently wrong with Trump ‘empowering’ people of faith within his administration? Understand that this proposal would not have been given to Team Biden unless these three lawmakers had a problem with the empowerment of religious persons within the Trump White House — none of whom were pushing to mandate Christianity across the country.

Only people who do not believe in any religion are ‘suitable’ for government, according to this PAC.

But it gets worse: These bozos liken Christians with a threat to America’s “national security.”

“The rise of white Christian nationalism is a national security threat,” read the document. “We recommend you: encourage the Department of Homeland Security and Department of Justice to dedicate resources to de-radicalization programs aimed at hate groups, including, but not limited to, white nationalists; increase monitoring of such groups, including the online environment, and take action to address increased hate crimes toward minority faith communities; and shift rhetoric to label violent white nationalist extremists as terrorists.”

That is outrageous. If there are any threats to America’s national security that emanate from within the country, they are coming from the insane left: Antifa, Black Lives Matter, and burgeoning anarchist organizations on both the left and right.

But you can see what this is really about.

There is no bigger impediment to authoritarian rule than a belief among the populace in something higher and more divine than ‘big government.’ And what better way to destroy the fundamental right to not only believe in a higher authority but to worship that higher authority than to declare those who do to be our most dangerous threat.

The Marxist Democratic left hates America as it was founded, period. This is just another modicum of proof.

(Natural News) A family doctor has been suspended from medical practice in Australia after sharing his Christian beliefs online.

Dr Jereth Kok was investigated by the Medical Board of Australia last year after they received two complaints about posts he had shared on social media. 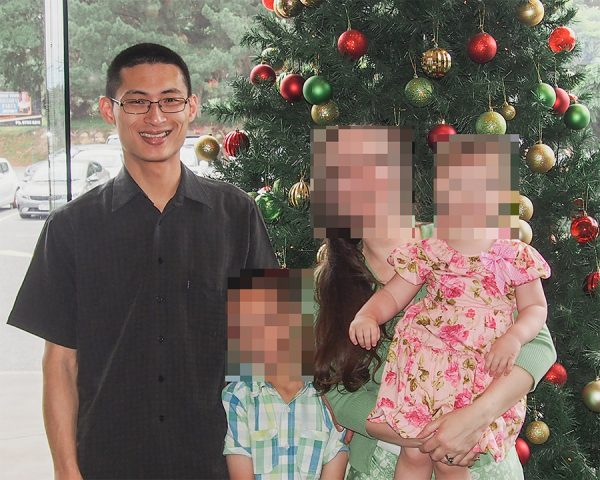 Despite not knowing Dr Kok, the complainants allegedly searched through ten-years of his personal feed before taking exception to his views about a broad range of political topics, including abortion, sexuality, “LGBT” issues, and gender “transition” treatments.

“The material is very diverse,” Dr Kok told FamilyVoice during a recent interview. It includes political and theological discussions with other Christians on Bill Muehlenberg’s blog, the most recent from 2012.

“It includes posts and comments I’ve made on my own personal Facebook page, and ‘memes’ and articles that I’ve shared there; including articles by the American political commentator Matt Walsh, and the satire site Babylon Bee,” Dr Kok explained.

“I never dreamt that publicly sharing a Matt Walsh or Babylon Bee article would be career-ending; hindsight is a wonderful thing,” he said.

Dr Kok’s list of offences also included sharing a Facebook post from National Pulse, Editor In Chief, Raheem Kassam, which highlighted the evolution of the arguments used to justify abortion over the last half-century.

Also in question was an opinion piece Dr Kok had penned on the subject of transgenderism for Christian magazine Eternity back in 2015.

“This one stands out from the others,” Dr Kok explained, “because it was public and has me wearing my doctor hat.

“All the rest was written in a personal capacity, for a small audience of friends and family.”

It wasn’t until nine months after the initial complaints were made that Dr Kok learned he was under investigation and that the Board had hired a private investigator to run a dragnet over the internet for content he had written.

On a Friday afternoon in 2019, while consulting with patients, Dr Kok was suddenly given notice that he was to be summarily removed from practice to protect “public interest.”

The following week, Dr Kok attended a 15-minute hearing where he was informed his registration was suspended, meaning he could no longer provide care or speak to his patients.

Dr Kok has said despite there being a legal obligation to provide regular updates, he hasn’t heard from the Board in over a year – not a single update during the 30 months of investigation.

During this time, Dr Kok has not been provided with an opportunity to properly respond to any of the allegations that led to his suspension.

Significantly, the allegation that Dr Kok was providing compromised healthcare to “LGBT” patients was not brought forward by any of his patients or colleagues.

“I’ve practised medicine for over 15 years,” Dr Kok said. “I’ve looked after many people who would identify as ‘LGBT.’ None of them has ever complained about rudeness, discrimination, etc.

“When you are a professional, rule number one is you treat everybody the same regardless of what you might personally think of their background, life choices, habits, political affiliation, criminal record, and so on.’

“I’ve never had any difficulty doing this,” he said.

Dr Kok said it wasn’t his intention to insult anyone, but rather to speak the truth, truths which are foundational to civilisation, namely, the value of human life, the structure of the family, and our existence as male and female.

Following his suspension, Dr Kok was left without a job, and his family without his income. Many of his patients who had come to trust and depend on him as their GP for over a decade were suddenly left without his care.

Since his suspension, Dr Kok has been made aware of more than half a dozen doctors who have been in trouble with the Medical Board for expressing their personal opinions about similar topics away from their practice.

“They have been after a doctor for speaking at a pro-life event, a doctor who campaigned against ‘Safe Schools,’ several who have said things on Twitter against abortion and gay marriage, one who left a comment about euthanasia on a website, one who said that gender transition therapies are damaging for children,” Dr Kok said.

According to Dr Kok, each of these doctors have been put through similar investigations, been given warnings, had conditions placed on them, or forced to undergo ‘sensitivity training.’ At least one other has had his medical career effectively ended.

Dr Kok went on to say, it’s clear that tolerance for traditional religious views about things like sexuality and gender are rapidly vanishing.

“We have seen what has happened to people like Israel Folau, Margaret Court, JK Rowling and Brendan Eich. Even a senator was threatened with an anti-discrimination tribunal in Tasmania simply for saying that it isn’t fair for men to compete in women’s sports.

“The worrying thing about what happened to me is that it shows you do not have to be famous to get in trouble—even nobodies can be targeted for ‘cancellation’, for decade-old conversations on an obscure religious blog…

“It is getting increasingly costly to hold unpopular religious beliefs,” Dr Kok added.