The Supreme Court of the United States (SCOTUS) on Thursday unanimously overturned a lower court ruling regarding the City of Philadelphia barring foster children from being placed with the Catholic Social Services due to its unwillingness to endorse same-sex couples.

In a 9-0 judgment, SCOTUS held that the City of Philadelphia’s refusal to contract with Catholic Social Services (CSS) for the provision of foster care services unless the agency agrees to certify same-sex couples as foster parents violates the Free Exercise Clause of the First Amendment. It came about after Philadelphia stopped foster children from being placed with the Catholic Social Services of the Archdiocese of Philadelphia on the basis of its beliefs and practices on traditional marriage.

“Philadelphia took this extraordinary action not in response to any legal violation, nor in response to any complaint it received, but because of CSS’s religious beliefs and practices regarding marriage, which City officials read about in the local paper,” the petitioner’s brief reads, noting the Third Circuit ruled in favor of Philadelphia, considering the city’s actions “neutral.”

“The City will renew its foster care contract with CSS only if the agency agrees to certify same-sex couples. The question presented is whether the actions of Philadelphia violate the First Amendment,” Chief Justice John Roberts wrote in the majority opinion, in which he ultimately determined the city’s action did so.

The city’s actions, he wrote, “burdened CSS’s religious exercise by putting it to the choice of curtailing its mission or approving relationships inconsistent with its beliefs,” noting the city’s dissent of that opinion.

“In its view, certification reflects only that foster parents satisfy the statutory criteria, not that the agency endorses their relationships. But CSS believes that certification is tantamount to endorsement. And religious beliefs need not be acceptable, logical, consistent, or comprehensible to others in order to merit First Amendment protection,” he wrote.

Central to Philadelphia’s defense was that the Supreme Court’s 1990 decision Employment Division v. Smith held that the Free Exercise Clause of the First Amendment applies when the government discriminates against religion, not to laws that generally apply to everyone regardless of religion. The city points out that under its anti-discrimination law, the Fair Practices Ordinance, everyone has to treat same-sex marriages the same as traditional marriages, and says that makes it a neutral law of general application.

The Court ultimately rejected the city’s argument that CSS’s practice violated a section of “its standard foster care contract, determining that the provision is not generally applicable as required by Smith.”

Roberts, in his opinion, determined that the city offered “no compelling reason why it has a particular interest in denying an exception to CSS while making them available to others.”

“As Philadelphia acknowledges, CSS has long been a point of light in the City’s foster care system. CSS seeks only an accommodation that will allow it to continue serving the children of Philadelphia in a manner consistent with its religious beliefs; it does not seek to impose those beliefs on anyone else,” Roberts wrote.

“The refusal of Philadelphia to contract with CSS for the provision of foster care services unless it agrees to certify same-sex couples as foster parents cannot survive strict scrutiny, and violates the First Amendment,” he added.

Justice Samuel Alito, joined by Justices Clarence Thomas and Neil Gorsuch, concurred in the Court’s judgment only, determining that Philadelphia issued “an ultimatum to an arm of the Catholic Church: Either engage in conduct that the Church views as contrary to the traditional Christian understanding of marriage or abandon a mission that dates back to the earliest days of the Church — providing for the care of orphaned and abandoned children.”

“There can be no doubt that Philadelphia’s ultimatum restricts CSS’s ability to do what it believes the Catholic faith requires,” he wrote.

But they also took their views a step further, determining that the case serves as the latest example of Smith acting as a plague on the Constitution, triggering mounting issues in religious liberty cases. As such, he wrote, the Court should overrule Smith “without further delay.”

“This decision might as well be written on the dissolving paper sold in magic shops. The City has been adamant about pressuring CSS to give in, and if the City wants to get around today’s decision, it can simply eliminate the never-used exemption power. If it does that, then, voilà, today’s decision will vanish — and the parties will be back where they started,” he asserted, noting the Court should “reconsider Smith without further delay,” as its interpretation of the Free Exercise clause is “hard to defend” and cannot be “squared with the ordinary meaning of the text of the Free Exercise Clause or with the prevalent understanding of the scope of the free-exercise right at the time of the First Amendment’s adoption.”

Gorsuch also wrote an opinion concurring in the judgment, joined by Thomas and Alito.

“As Justice Alito’s opinion demonstrates, Smith failed to respect this Court’s precedents, was mistaken as a matter of the Constitution’s original public meaning, and has proven unworkable in practice,” he said, noting many of their colleagues seek to “sidestep” the greater questions regarding Smith, unanimously ruling in favor of CSS but refusing to address Smith and its implications today.“Smith committed a constitutional error. Only we can fix it. Dodging the question today guarantees it will recur tomorrow. These cases will keep coming until the Court musters the fortitude to supply an answer,” he wrote. “Respectfully, it should have done so today.”

The case is Fulton v. City of Philadelphia, No. 19-123 in the Supreme Court of the United States. 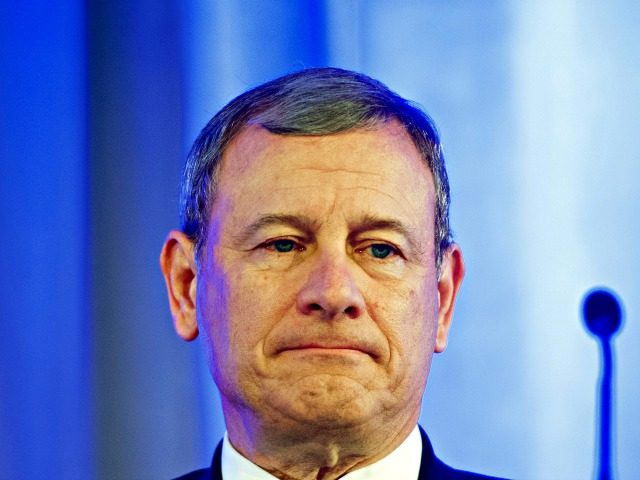 The Supreme Court on Friday night ruled in favor of coronavirus restrictions on religious services in California in a 5-4 decision.

Chief Justice John Roberts sided with the four liberal justices to side with California’s legal argument that they had the right to shut down or limit religious services.

The decision came as thousands of protesters around the country gathered to protest the death of George Floyd, after a police officer in Minneapolis subdued him by kneeling on his neck for several minutes.

In his dissent, Kavanaugh argued that “comparable secular businesses” such as supermarkets, stores, hair salons, and marijuana dispensaries were not subject to the same restrictions as churches.

“The church and its congregants simply want to be treated equally to comparable secular businesses,” Kavanaugh wrote. “California already trusts its residents and any number of businesses to adhere to proper social distancing and hygiene practices.”

The case was brought to the Supreme Court by the South Bay United Pentecostal Church in Chula Vista, Ca

California Governor Gavin Newsom has ordered that in-church gatherings can only reach 25 percent of capacity and under 100 people.

President Trump last week demanded that all religious services be considered “essential services” during the coronavirus pandemic, just as liquor stores and grocery stores are.

Roberts’ decision to side with the liberals marks a stark contrast with judicial precedence to side with religious liberty enshrined in the Constitution.