The problem with so many Christ-claiming celebrities is that they don’t actually believe Jesus is King. It seems Kanye does. 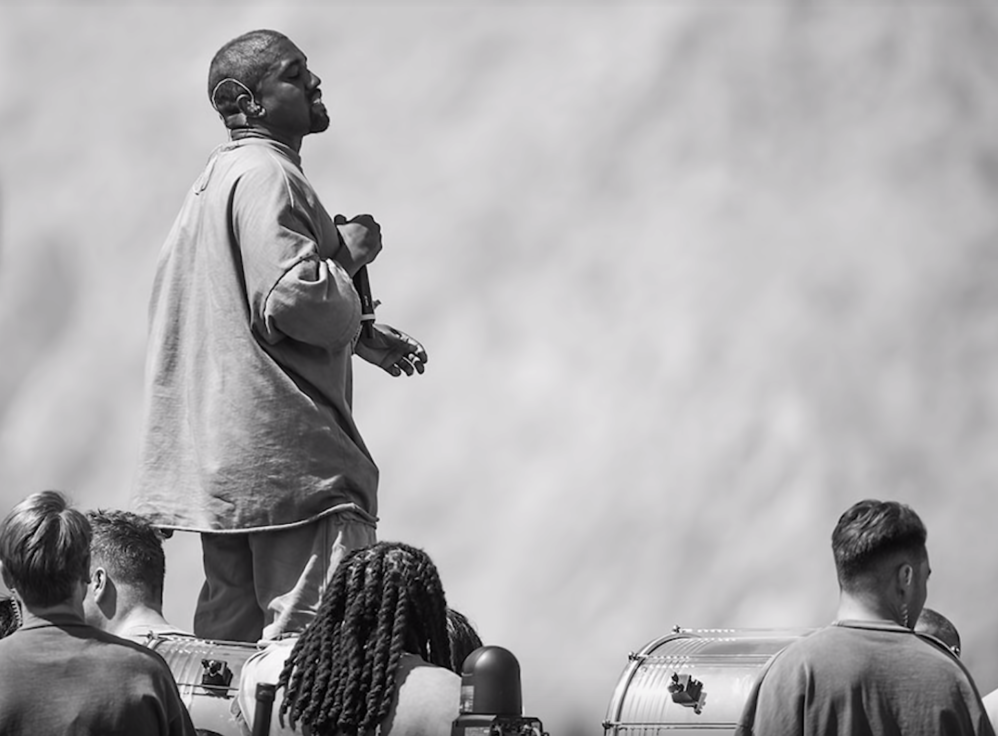 Kanye is starting quite the conversation, a conversation that has Christians, non-Christians, white people, black people, Democrats, and Republicans all engaging for different reasons. Is Kanye really converted? Does his affinity for Donald Trump take away from his impact, or aid it? Is this a phase that will fizzle out? Is his album objectively good? Or are his lyrics just refreshing?

While questions like these are worth asking, we can make observations about his newly released album “Jesus Is King” without having all the answers. One fact that simply cannot be overlooked is the truly countercultural message in Kanye’s lyrics — one that is essential to the message of the gospel but so often left out of pop-culture claims to Christianity that ultimately fall flat.

How does this differ from other professing faith-filled celebs? To recall an opportune example, consider Bachelor Nation’s beloved Season 15 Bachelorette “Alabama Hannah” Brown. Hannah talked about her faith and being a Christian consistently throughout the show, and although it was unfortunate that the infamous sex “accusation” occurred courtesy of the most universally hated bachelor on the show, Luke P., Hannah revealed her worldview is no different from other celebrity, in-name-only Christians.

When Luke confronted her, however narcissistically, about the possibility of her having sex with one or more of the few remaining bachelors, the conversation escalated to Hannah dismissing Luke from the show. When he all but refused to leave, Hannah replied, “I have had sex … and Jesus still loves me.”

She’s not wrong. She did have sex, and Jesus still loves her. Good theology, Hannah. But her remorseless attitude perfectly encapsulates the flagrantly unbiblical worldview of countless pseudo-Christian celebs. Upon Luke’s exit, she continued, “I didn’t just go to the Fantasy Suite, I f-cked in a windmill. And guess what? We did it a second time,” before winking at the camera, her face in an ear-to-ear grin.

I’m not here to beat the dead Hannah B. horse. She is merely symptomatic of our culture’s exceptionally weak notion of what passes as “Christian.” As Refinery29 put it, Hannah is “a devout Christian who praises Jesus Christ in her Instagram bio.” Really? Is that all it takes to call oneself a Christian these days?

Pop culture icons tend to appeal to Christianity only insofar as it broadens their appeal to a Christian base. As soon as it seems not to benefit their wallets anymore, their faith doesn’t seem to be all that active. Not that keen spectators can’t see the reversal coming, for their faith doesn’t result in any identifiable fruit.

That last part — obedience — is the hardest. Believing God exists is common sense, but merely acknowledging that isn’t Christianity. Making Jesus “King” and doing what he asks of you — that’s the difficult part. It’s that whole idea the book of James carries, that “faith without works is dead.”

Kanye’s theology isn’t perfect. “Excuse me if I mispronounce anything,” he says. “I am a recent convert. It means I recently got saved within this year.” But the gospel isn’t complicated. (In a sentence, as Pastor John Piper articulated, “The gospel is the news that Jesus Christ, the Righteous One, died for our sins and rose again, eternally triumphant over all his enemies, so that there is now no condemnation for those who believe, but only everlasting joy.”) Children can understand it. And Kanye has grasped the transformational aspect of the gospel that so many haven’t.

In one new song, “Use This Gospel,” he sings, “Use this gospel for protection. It’s a hard road to heaven.” Yes, it is, Kanye. If it weren’t, Jesus wouldn’t have instructed each of his followers to “take up [their] cross daily and follow” him.

As my friend put it, “[Kanye’s] passion for simple obedience is just so contagious.” It’s true. His simple obedience is evidenced in his lyrics, in his calls for modesty, in his warnings against premarital sex, in his denouncing of unbiblical public policies, and in his parenting goals.

His message in “Closed on Sunday” (Chick-fil-A mentions excepted) is rich with the practical outworking of a Christian not being “conformed to this world” but instead being “transformed”:

Raise our sons, train them in the faith
Through temptations, make sure they’re wide awake
Follow Jesus, listen and obey
No more livin’ for the culture, we nobody’s slave
Stand up for my home
Even if I take this walk alone
I bow down to the King upon the throne
My life is His, I’m no longer my own.

Whether Kanye is truly a Christian or not is something only he and God know. But one thing we do know is that a person can’t be a Christian if he doesn’t believe and live by these simple truths.

That’s the problem with so many Christ-claiming celebrities: They don’t actually believe Jesus is King. It seems Kanye does.

Kylee Zempel is an assistant editor at The Federalist. Follow her on Twitter @kyleezempel.
Photo Breakfast Club Power 105.1FM/YouTube
https://thefederalist.com/2019/10/30/kanye-understands-a-crucial-part-of-the-gospel-other-celebrity-christians-dont-its-a-hard-road-to-heaven/