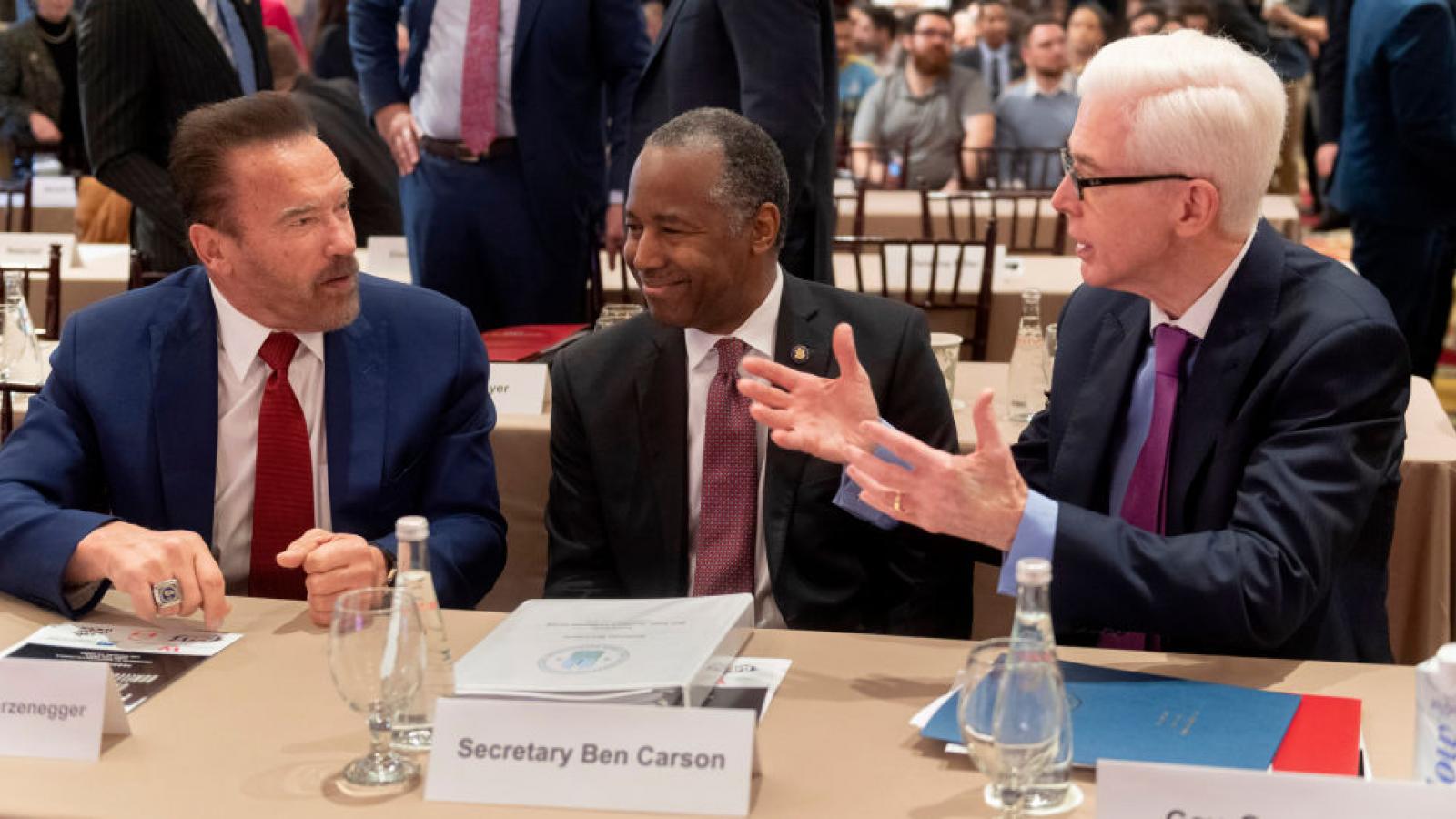 Secretary of Housing and Urban Development Ben Carson plans to call on all churches, synagogues, and mosques in America to help fight homelessness in the weeks and months to come.

“If every church would adopt one homeless person or one homeless family, with the goal of making them self-sufficient in a year, can you imagine what the impact would be?” Carson asked in an interview with Just the News for the Pod’s Honest Truth podcast.

HUD officials say this is not a new agency policy but rather a personal call by a man who is not only a cabinet secretary but also a devout Christian who wants to promote godly principles such as caring for your neighbor.

The call for places of worship to get involved is playing out in cities like Riverside, California. Carson recently visited a group of homes there situated on the grounds of the Grove Community Church, where the homeless stay and receive rehabilitation services.

The program is a public-private partnership between local city officials, who foot the bill, and the church, which provides services. That fits Carson’s philosophy of less government and more community involvement.

“They have all the resources and the skills of the people in the church,” Carson said. “They help them, they develop relationships, they get them jobs, they get them moving.”

The number of homeless nationwide rose almost 3% to nearly 600,000 in 2019, according to HUD’s Annual Homelessness Report to Congress.

As a government official, Secretary Carson’s call for places of worship to help the homeless will no doubt raise eyebrows among those concerned about separation of church and state. But Carson believes current notions of church-state separation have grown more expansive than intended by the framers.

“There’s nothing in the Constitution that even mentions the separation of church and state,” he said. “People have taken it and distorted it and made you think that you’re not supposed to mention your faith in public.”

Faith-based organizations have been aided by new Trump-era federal rules intended to ensure they are treated the same as non-religious groups. For example, faith-based social service groups receiving federal money no longer need to disclose their religious affiliation or provide those receiving their services an option for a non-religious provider.

Rachel Laser, president and CEO of Americans United for Separation of Church and State, believes that while faith-based organizations play an important role in helping the vulnerable, the new HUD rules have gone too far.

“The government should not play favorites when it comes to religion,” said Laser, “and put some people at risk of not receiving government-funded services because they don’t practice or conform to one set of religious beliefs.”

In a wide-ranging interview from the curving, honeycombed headquarters of HUD, Secretary Carson seemed to be finally growing comfortable in his job after spending months without any top lieutenants alongside him.

“It wasn’t very enjoyable in the beginning,” Carson admitted. “Every day was like drinking from a firehose.”

Persevering is nothing new for Carson, who grew up dirt poor in Detroit with only an illiterate single mother to raise him. His life story has shaped the unique perspective he brings to both racial politics and policies affecting minority communities.

Without a father figure growing up, Carson places a special emphasis on the importance of fatherhood. Roughly 25% of children in America do not have a father living at home, a leading risk factor in a range of social ills from poverty to crime.

“There is a reason I think that God created families,” Carson said. “In today’s society, there are people who are trying to say there is really no difference between a man and a woman.”

“They are frequently disciplinarians but more importantly, role models for how to be responsible, and how to provide for your family,” he said.

While Carson promotes responsible fatherhood at HUD, he also promotes Trump administration policies — which has its challenges, especially when trying to combat negative stereotypes fostered by the racial politics of the identity left.

“The left has a tendency to use racism as your default position,” he lamented, “particularly when they’re losing an argument.”

Still, the vitriol Carson has experienced as a Trump advocate has been intense. A black minister told him that President Trump is possessed by a demon. And a snub by incendiary California Rep. Maxine Waters left him incredulous.

“I ran into her in the cafeteria, and she wouldn’t even shake my hand,” says Carson. “This is such infantile behavior.”Still, Carson brushes it all off in his characteristically mellow way, staying focused on the one overarching goal guiding not just his tenure at HUD, but also his life. “My job, as Jesus has put it, is to love everybody,” he said.