Julio Moraleja ran from the cops when he was a communist in post-WW2 fascist Spain, so running an illegal underground church when he converted to Christ was no big deal.

“I just ran really fast,” says Julio, who became a Christian during the repressive, anti-Protestant government of Francisco Franco. “We hid from the police. They never caught us.”

In Spain, Franco infamously stamped out evangelical churches, suppressed freedoms and tried to drive born-again Christians out of the country.

But the crackdowns on house churches, the raids and the secret police did not intimidate Julio, who was accustomed to subversive activities as a communist factory worker trying to overthrow the capitalist dictatorship.

Julio Moraleja Arias (Spaniards use both the last name of Dad and that of Mom), now 67, was raised in a family who believed in atheistic communism.

“For me, the world needed a social change that only could be carried out through the communist philosophy,” Julio says.

His father, who fought in the Spanish Civil War with the Communist Youth, was arrested and the usual death sentence routinely given to communists was commuted to life imprisonment. He served 11 years in jail before his release.

In spite of Franco’s crackdown on communists, Julio became a card-carrying communist. He got work in the Chrysler automobile factory and began to agitate to form a labor union and propagate communist ideals.

A friend, José Aguilar, who was Christian, began to explain to him another way to save the world: Jesus.

“Logically, I didn’t pay any attention to him because I didn’t believe in God, since communism is based on scientific atheism,” Julio says.

But he received a cassette tape from Julio, partly to humor the man.

The following Saturday he had nothing else to do, so he played it out of curiosity.

“As I listened to the tape, something began to move in me and I didn’t know what was happening,” Julio remembers. “The message pierced my soul. When I finished listening, I was broken.” Read the rest of running from the cops.

Just then there was a knock on the door, and his buddy came in and began to tell him about Christ once more. This time, Julio accepted Jesus as Lord and Savior and was born again. It was September 1978.

To completely transform his thinking from atheist communist to Christian was no small matter.

“Those were days of great battles in my mind,” he muses.

He began attending services in a home in Fuenlabrada, in the Madrid metropolitan area. He felt such a strong presence of the Holy Spirit during worship one Sunday that Julio was smitten.

“I fell on my knees, broken, crying uncontrollably,” he recalls. “There was a presence of God so strong that the Holy Spirit came over me. When I got up from my knees, I was a new man. It was as if a huge weight had been taken off of my heart. It was an experience that marked my life.”

He switched his philosophy for saving the world. Instead of winning followers of communism, he began to win converts to Christ.

“I began to serve God with passion and began to preach to my neighbors,” he says. “Some families got saved, and the house church got filled up.”

The house church was an illegal meeting — as was the evangelism. Franco’s regime has zero tolerance for communists and Protestant Christians. The dictator was staunchly Catholic and was determined to impose his system of belief on everyone in the style of the Spanish Inquisition.

“Those were difficult times in Spain,” he says. “There was no religious freedom.”

When Franco died, things only got worse as his successors tried to shore up their regime.

Persecution of the church intensified, and Christians were deprived of their properties. Christians had to meet clandestinely.

As democracy slowly came to Spain, the iron hand of persecution lifted. Rights were granted to Spaniards, and church members could legally take to the streets to preach the gospel, Julio says.

In 1983, Julio was ordained pastor and launched a church in Granada.

“I saw the hand of God raising a glorious church,” he recalls. “From being a communist who wanted to change the world with my ideals and communist philosophy, I became a preacher of the Word of God. It was glorious to see how souls came to the feet of Christ, and lives were transformed.”

A woman from Almeria visited and, impacted by what she saw, offered her house to open a new work. Young and enthusiastic, Julio accepted and began pastoring two churches in distinct locations. His labors continued for years until he felt the call to the mission field and raised up a church in Guayaquil, Ecuador, and another in Quevedo.

Julio became gravely sick and returned to Spain to heal. He is now an evangelist. His son is pastor of the church in El Ejido, Almeria.

“For 41 years, it has been a privilege to be part of the work of God,” he says. “There have been moments of storm and moments of calm, but I never abandon the grace and the mercy of God.”

Michael Ashcraft helps to fund his passion for Christian journalism by selling bamboo steamers on Amazon. If you would like to support this ministry and buy one, click on the link.

Spaniard agitated for communism, then a different revolution upended his life

Christianity is and always will be a mobile faith.
ED STETZER 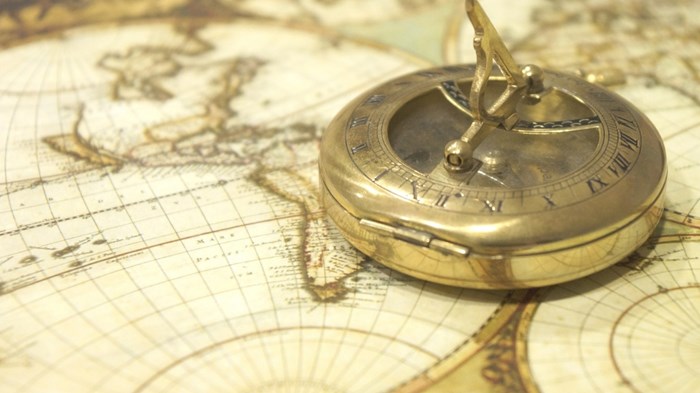 Often, we forget to consider the spread of Christianity across the globe from a geographical perspective. We read the New Testament with eyes and ears that are largely ignorant to the places Luke mentions in Acts or Paul writes about in the prison epistles.

Most Christians have heard of Jerusalem—the place where Jesus was crucified and risen. The geographical center of the Christian faith was clearly, early on, in and around Israel.

But while the Ancient Near East was the birthplace of our faith, it didn’t just stay there. By God’s grace, the gospel began to spread all around the world. We read about the Ethiopian eunuch who first heard the gospel message from Philip. Some disciples went to Asia Minor, Thomas goes as far as India, Paul tries to get to Spain, etc. Places like Cyprus, Caesarea, Damascus, Greece, Rome, and Carthage are mentioned throughout the book of Acts as Paul and his followers embark on four long missionary journeys.

All that to say, the gospel has been moving and spreading for centuries. The Holy Spirit has compelled believers everywhere to share the message of Christ crucified and risen in places both near and far. As demonstrated by Paul and Christ’s own disciples, this was to include continents and people groups far from the place where the Christian faith was first founded.

Despite this, Christianity has for centuries been associated with the West. Going back just a century ago, Pew Research found that “about two-thirds of the world’s Christians lived in Europe.” This, according to historical estimates by the Center for the Study of Global Christianity, is “where the bulk of Christians had been for a millennium.”

But today, these numbers have changed considerably. In 2010, almost a decade ago now, Pew Research found that only a quarter of all Christians live in Europe (roughly 26 percent).

Thankfully, what we’re seeing is not that Christianity is disappearing—instead, it’s spreading and shifting its geographical center.

These changes shouldn’t surprise or alarm us for many reasons. The first of which is this: Christianity is and always will be a message on the move.

This isn’t the first time in the history of the faith that its geographical center has shifted and it likely will not be the last. For centuries, Europe was the center, but after the reformation and the spread of European missionaries and immigrants to the Americas, many would say that the center of density moved to North America.

Now we’re seeing a reengagement of the Southern Hemisphere in the practicing of the Christian faith. At this point, there will likely be more evangelicals in Brazil by 2040 than there are in the United States. I’ve stood on the beach at João Pessoa with 10,000 Brazilians who put their hands out and prayed that they would be a part of a mission for the faith to reach the rest of the world—Africa, Asia, and beyond.

Of course, North America was uniquely impactful on the condition of global Christianity as it currently stands today—few would dispute that. But, the presence of believers and vitality of churches in North America and Europe nonetheless continue to decline in comparison to their respective growth in the Southern Hemisphere.

For those of us living in the West, we must remember never to despair. What we observe happening in our culture and to the life of the church isn’t a done deal—these things are always changing and shifting. The gospel is continuing to spread and people are accepting the message even if it’s becoming harder and harder to see God at work in our own communities.

For our brothers and sisters in the Global South, we pray for God’s continued blessing on the growth of the church. When appropriate, we might even find ways to use our time and resources to contribute to the work that God is already doing in these places.

Believers—wherever they live—should ultimately concern themselves not only with the health and well-being of their place of worship down the street, but with that of the global church all across the world.