Where does one call to find out the offense of day, moment is? Is there a central clearing house? It sure seems like you can turn TV stations to find the same words and the same outrage coming from different talking heads. I figure someone is passing out words to say. Would someone please give me the phone number of who has a list of the current offense words, hats or whatever? This growing list is giving me a headache.

When I grew up our news came from newspapers where opinions were found in the Editorial section. News contained facts not propaganda.

Newspapers were printed once, maybe twice a day, or weekly.

There were no computers, cell phones, texting, emails, twitter, facebook or other such things that instantly post pictures and information to people worldwide.  When someone needed or wanted to pass along information or pictures if they didn’t meet in person they put them in the mail.

TV news was on early in the morning, at noon, 6 and 11pm in black and white. There were no twenty four hour TV stations. AM radio was mostly music, FM broadcasts were rare.

No one was shot up into space yet. President Eisenhower had not yet warned us of the dangers of the military industrial complex.

In others words people looked each other in the eye and spoke to each other.

Yes, in some ways you could say life was slower compared to today. In some ways life was more relaxed than today.

There actually is a way to support my statement that life was more relaxed then.  The amount of people suffering from anxiety, which is the activation of the Fight or Flight System, rose in response to increase to the strains of everyday life from the 1950s on.

“The common psychological features of these problems include a mélange of symptoms involving nervousness, sadness, and malaise. The typical physical symptoms consist of headaches, fatigue, back pain, gastrointestinal complaints, and sleep and appetite difficulties, often accompanying struggles with interpersonal, financial, occupational, and health concerns. These complaints account for a large proportion of cases found in outpatient psychiatric and, especially, in general medical treatment.” (1).

Am I suggesting we go back in time, not quite? There are very many good uses of modern technology. The biggest downside I see to modern instant communications is the lack of interpersonal communications.

My suggestions include: count to ten before sending an instant message, perhaps you’ll change what you want to say;  text less; meet as many people as you can in person to talk face to face; and take walks.  You just might find your quality of life will improve as will those around, doing your part to make the world a better place.

My journey from the criminal underworld to the foot of the cross.
ALLEN LANGHAM| MAY 17, 2019 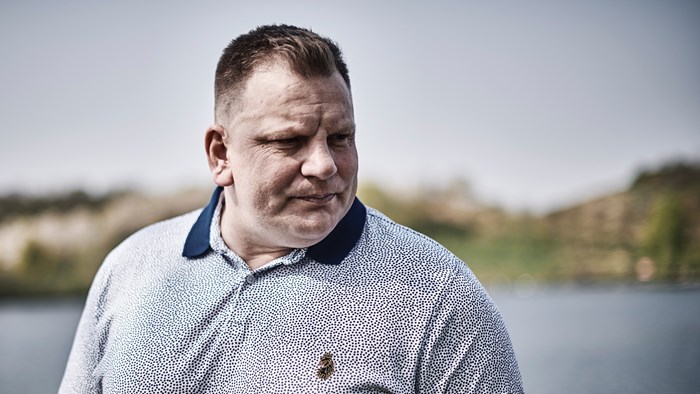 Six years ago—lost, broken, alone, and suicidal—I was the empty shell of a once-promising rugby player, shuffling around an exercise yard in a London prison. I was a man of extreme violence who had done seven stretches behind bars.

One morning around that time, I watched a flock of birds take off from a ledge outside my cell. Right then, I knew God was real—and that he had reached down to rescue me from the pit of hell.

As a child, there was violence everywhere I turned. My mother had been widowed by her first husband, abused for 20 years by her second, and deserted by my father (whom she never married) when I was eight months old. She and my two sisters surrounded me with love—I was the little favorite of the family. But she was also a harsh disciplinarian and liberally wielded what we called “the Allen stick” to keep me under control.

Throbbing with anger and resentment toward my absent father, I was constantly getting into scraps with neighborhood bullies, hoping to earn their respect. I was also abused several times: by a family friend, by a boy across the road, and by a man I can’t say much about because I’ve blocked the worst details from my memory.

I had some means of escape. Often I would skip school to go fishing or run off to the woods and dress up as an Army sergeant major, shouting commands at the other kids and exerting control to hide my inner pain. I loved sports and showed potential from an early age. And on Sundays, I would venture out on my own to attend church. At home I was fatherless and abused, but there I felt safe and at peace.

One morning, alerted by the shrieks of my eldest sister, I came downstairs to find my mother dead on the sofa, the victim of a cerebral hemorrhage. Something snapped in me that day—I was only 14—that put me on the road to destruction for the next 20 years.

I went to three schools, getting expelled from the first two for unmanageable behavior. By the time I left home at 16, I was a ticking time bomb—angry, bitter, and lost. My sister ran pubs, and I started down the path of drinking, gambling, and fighting, emulating the “gangster” lifestyle. This was my idea of what it meant to be a man.

But I excelled at rugby, and at 17 I signed a professional contract with Sheffield Eagles. Soon enough, I had far more money than good sense. Craving acceptance from members of the criminal underworld I perversely thought of as “family,” I began fighting for money, selling drugs, collecting debts for dealers, and generally bullying and intimidating my way through life. I walked into my first prison term as a lost little boy trapped inside a professional rugby player’s body.

It didn’t take long for prison to turn me into a hardened criminal. It was a hostile world—physically, mentally, and emotionally—where only the fittest survived. In prison I developed a heroin addiction, which left me alienated from my firstborn daughter and her mother.

Between sentences, I went chasing the bright lights of London but ended up sleeping on the streets of the Strand. Without the “good fortune” of being sent back, I might have died. Back in custody, spurred forward by a picture of my daughter on my cell wall, I resolved to rebuild my life. During the next two years, I caught up on my schooling and got clean from heroin. But after the next release, I soon returned to my old ways. The vicious merry-go-round kept spinning: drinking, drugs (now cocaine), partying, violence, sex, and before long, a trip back to the slammer.

During my stints in prison, I was always drawn to the chapel. I considered it a place of refuge, just as church had offered a safe haven from the tumult of my childhood. Over the years, I experimented with everything: Buddhism, Hinduism, spiritualism, counseling, course after course, medication—but nothing worked. I was still a wreck. Despite my burning desire to change, I couldn’t find any peace or stability.

Eventually, after stabbing a number of fellow inmates, I landed in Belmarsh, a top-security prison in southeast London. I hated who I had become. With my violent outbursts and paranoid behavior, I had pushed away anyone I ever cared for—and put my family through hell. I was mentally, emotionally, and spiritually broken. Outwardly, I sought “respect” by lashing out against anyone or anything in my way. But on the inside, I remained a lost little boy in desperate need of love and acceptance.

While awaiting trial in a kidnapping and hostage-taking case, I finally hit rock bottom and decided to commit suicide. With tears streaming down my face, I dropped to my knees and made one final plea to God: “If you’re real and you hear me, put a white dove outside my prison window. Show me you are with me!” At the time, I had no conception of the dove being a symbol for the Holy Spirit. I was only looking for some sign of hope and new beginnings.

The next morning, when a flock of pigeons lifted off the nearby ledge, I saw the dove sitting there. Something inside me jumped, and tears of joy replaced tears of despair.

After transferring to another prison in Leeds, I began praying and studying the Bible in earnest. Reading Joyce Meyer’s Battlefield of the Mind, I stumbled across a chapter where Meyer describes taking the sexual abuse she suffered at the hands of her father, rolling it into a ball, and laying it at Jesus’ feet. I decided to do the same with my rage. Before going to sleep, I closed my eyes, imagined Jesus on the cross, balled up my rage, and surrendered it to him. When I awoke, I felt peace like never before.

Being a Christian—and turning away from drinking, drugs, and sleeping around—hasn’t been easy. (It’s tough having a functioning conscience!) At first I was on fire for Christ, and my zeal would outrun my better judgment. I would strike up conversations with complete strangers and probably put them off forever. I would go to pubs to tell people about Jesus and—still enslaved to old habits—end up drinking to excess. On one occasion, I found myself in bed with a woman after trying to share the gospel with her. I needed serious refining.

But God, in his patience, kept using this broken vessel for his purposes. He has given me the privilege of going into prisons—at first under the supervision of more mature Christians, then increasingly on my own—and testifying to the hope and forgiveness he offers. I have spoken to rooms full of men convicted of the most heinous crimes, including pedophiles and murderers, and seen them reduced to tears. At a key moment when I wondered where my life was going, God helped me launch a ministry (Steps to Freedom) that reaches out to young people abandoned by society. He let me return to my first love, sports, as a chaplain serving several teams.

Miraculously, God has even given me my family back. It has taken years, but one by one he has repaired broken relationships with my sisters and their families, with my three children, and with the father who deserted us so long ago.

The refining process has been long and hard. But bit by bit, it’s polishing me into a trophy of God’s grace.

Allen Langham is the author of Taming of a Villain: A Message of Hope (Lion Hudson).