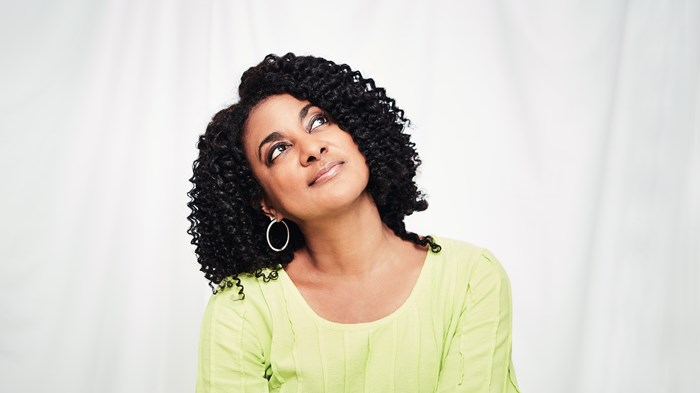 It’s one of my most vivid memories as a girl: sitting on the edge of my bed, face angled toward the window, eyes peeled for my daddy. My heart would race as a new set of headlights approached—maybe that’s him—before sinking as the car passed into the distance. Still, I’d hold on to hope. From the time my parents divorced—I was four—I looked forward to these planned outings with my dad.

Although they were both college-educated and hard-working, my parents differed greatly. My mom was very much a homebody. Other than work, she hardly ventured anywhere. Even so, I admired her: Everything she did, she did excellently. And when she had convictions, she stuck to them. She gave me a wonderfully stable, predictable life. But for me, that often translated to boring.

My dad was the fun one. Mom would never ride a roller coaster, but Dad would coax me into the front car. He played sports, loved music, and had an infectious laugh. Whenever I knew he was coming, I’d have my bag packed, ready to go.

Where is he? Did he forget about me? Daddy was always out and about, so there was never any point trying his landline. (This was the era before mobile phones.) All I could do was wait, even as daylight turned to dusk and dusk to night. Tears would gather as I realized he wasn’t coming. Again. More than once I thought, I must not really matter. He must not really love me.

When I picture that little girl looking out the window, pining for her father, it’s amazing to think that God was watching me even then. He knew the void I felt. He knew the relationship I longed for. And he knew that one day he would draw me to himself.

I was raised in Prince George’s County, Maryland, just outside Washington, DC. We weren’t a churchgoing family. But I knew about God from St. Margaret’s Elementary. I’ll never forget experiencing the Stations of the Cross during a third-grade Easter observance. Our class filed into the sanctuary and moved from picture to picture, pausing at each image depicting Jesus on the day of his crucifixion. By the time we got to Jesus hanging on the cross, I was in tears. Even the knowledge that he rose again was no comfort. How could something so awful happen to someone so good?

I had no concept of Jesus dying so I could be saved and have a close relationship with him. And without that sort of relationship, I felt a void. There was a hole in my heart that I wanted to fill, an intimacy I craved. That’s what enticed me about sex—the intimacy it would bring. Or so I thought.

I lost my virginity the summer before I turned 16. This brought feelings of shame, because my mom had always preached abstinence until marriage, albeit without any biblical motivations. I had dismissed her convictions as old-fashioned, but deep down I couldn’t shake the thought that she was right. I wasn’t comfortable having sex. After that summer, I decided to abstain.

But my mom’s convictions weren’t enough to keep me, because without God’s redeeming power I was a slave to sin. And so, when I went off to college, my flesh had free reign.

I loved college. I loved having the freedom to live life on my own terms. Despite living far from God, in my mind I was doing well. After graduating, I went to law school, and during my second year, I fell in love with a fellow graduate student named Bill. We knew we wanted to get married. Bill got an offer as an assistant professor at the University of Wisconsin, so after graduating in May 1991, we moved to Madison to start our careers.

I hated Madison. My plan had been to stay in the DC area for the rest of my life. The only other suitable options would have been another major city rich with black culture. But as I’d searched for jobs, God had closed every door in Washington—and opened the door wide in Madison. I had landed one of the best jobs possible: clerking for a federal judge.

Still, I wasn’t happy. Madison was too white. I’d count the number of black people in the mall or grocery store and get excited if I could move past one hand. Negative thoughts swirled in my mind: Why am I living in a place I hate? Because of a man? I complained incessantly and traveled back home as often as I could. Despite enjoying career and financial success, I couldn’t relinquish my bitterness.

One day, I had a strange idea: I could pray. I remembered God from those Bible stories at St. Margaret’s. I remembered that he could do miracles. Perhaps, I reasoned, he could intervene miraculously to get me out of Madison. This became my prayer. And as I prayed, I started thinking, If I want God to do something for me, I should probably do something for him. Like go to church.

My thinking was warped, of course, but God was using it. He was on my mind now. I was talking to him. Bill and I started going to church sporadically, and before long I felt convicted about our living together outside of marriage. Our wedding was only months away, but it suddenly bothered me that we were “living in sin.” Those words were surely a throwback to what my mom had taught. But for the first time, I started wondering what God thought about my life.

Bill and I decided to have a private wedding ceremony two weeks later, on Valentine’s Day. Never before had I made a conscious decision with God in mind. Still, I hadn’t yet come to a full grasp of his purposes. I thought our living arrangement was the problem. But my entire heart needed cleansing.

Clinging to the God of the Universe

About one year later I found myself in Beverly Hills at the wedding of “Jimmy Jam” Harris, the Minneapolis-based R&B super-producer. I’d started dabbling in entertainment law and would drive to Minneapolis to meet with clients in the music world. And now I was at the wedding of the year, talking to artists I’d admired from afar, including Janet Jackson.

When I arrived home, Bill stopped me at the door, but not to ask about my weekend. He couldn’t wait to tell me he’d visited a new church that morning. The following Sunday, we visited together. By the end of service, I was in tears. For the first time, I heard the true gospel preached, and it rocked me. Finally, I understood why Jesus died on that cross. Finally, I saw myself as God saw me—a sinner in need of redemption. I asked God to forgive me, and I received Jesus as my Lord and Savior. For all my prayers that God would save me from Madison, his plan, all along, had been to save me in Madison.

Looking back now, from a distance of 25 years, I remember how studying the Book of Deuteronomy was a pivotal part of my early Christian walk. One word, in particular, jumped off the page. Deuteronomy 10:20 and 13:4 mention “holding fast”—or clinging, as some translations have it—to God. There was so much in the Bible I didn’t understand, but that word spoke clearly. It meant relationship—close relationship. Yet it was hard to fathom. The God of the universe would let me cling to him?

What an unsurpassable gift for that little girl staring out of the window, waiting for her dad, and wondering if she really mattered. My Abba Father was letting me know that I could enjoy an intimate relationship with him forever.

Kim Cash Tate is an author and Bible teacher. She is the creator and executive producer of the YouTube series CLING.