Skip to content
In both England and America, their political experiments collapsed. But they left behind a spiritual legacy that still inspires. 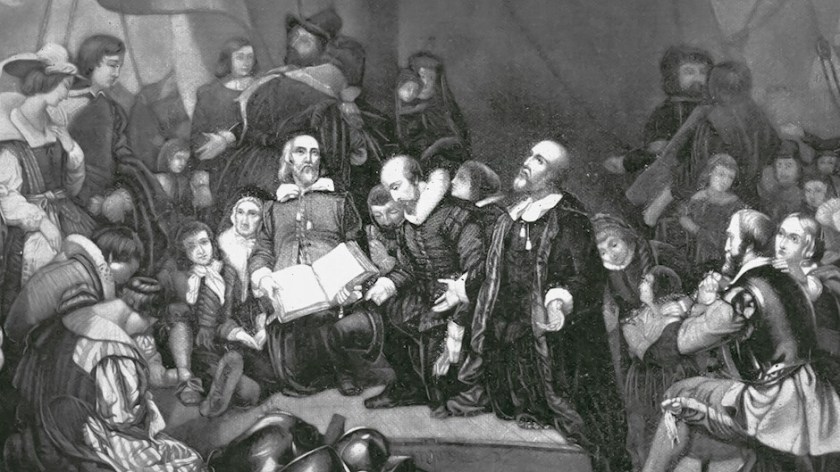 How are evangelically minded Christians supposed to think about their place in society? Are they to keep their religion and politics to themselves, or should they seek to transform the structures of the world through an exercise of political and cultural power?

A new book by Michael Winship explores how the Puritans—those “pre-evangelical” English Protestants of the 1600s—pursued the latter course. Remarkably, they were given not one but two chances to shape their worlds based upon their intensely biblical vision of a godly society. In both arenas—that of England and New England—their political experiments collapsed, but they left behind a legacy of personal piety, pastoral purity, and theological rigor that many Christians today rightly find both challenging and inspiring.

Hot Protestants: A History of Puritanism in England and America offers a fresh interpretation of the rise and fall Puritanism. Winship, who serves as the E. Merton Coulter Professor of History at the University of Georgia, has constructed a thoroughly researched, up-to-date narrative of transatlantic Puritanism that is eminently readable and deeply informative.

Puritanism was a movement born in England after the Reformation, when many Protestants came to believe the reforms that the Church of England had embraced were insufficient. The approach they pursued is readily recognizable to evangelicals today. They emphasized Christian conversion and evangelistic preaching, and they preferred zealous, godly living over varieties of Christianity that they believed were formal and ritualistic. Because they believed the Bible contained very words of life, they put themselves on a steady diet of Scripture through religious reading, sermon attendance, and small-group meetings.

Yet their aspirations did not end with personal transformation. They set their sights on remaking all of church and society after their biblical vision of a godly state. Surprisingly, after a century of frustration, they finally got their chance with the establishment of Puritan New England in the 1630s—and in England itself in the 1640s and 50s. Their achievements were impressive. In Massachusetts, for instance, Winship relays how Puritan leaders constructed a quasi-republic based upon “godly”—that is, converted—leadership. Only the “godly” could vote, a system which ensured that “piety, not property, would determine who elected the leaders of Massachusetts.” Once in power, New England leaders passed laws that urged very high standards of biblical morality.

Their most influential achievement came in the 1640s when the Puritans rose to lead England itself. Winship skillfully narrates the complicated political, military, and ecclesiastical lead-up to the Puritan commonwealth of the 1650s: the English Civil War, the Westminster Assembly, and the beheading of Charles I in 1649. By 1650 Puritans largely controlled the levers of church and state in England, and they pursued an agenda that sought to manifest scriptural righteousness throughout society. The state encouraged the ministries of godly churches and discouraged heretical versions of Christianity. Laws were enacted reflecting the exacting standards of Puritan morality: Theatres were closed, maypoles were banned, Christmas was forbidden (since it had Catholic origins), and the Lord’s Day was sanctified. In their minds, they were laying the groundwork for a godly state that, they hoped, would represent Christ to the nations and help usher in the kingdom of God.

One of the best features of Hot Protestants is the way Winship weaves numerous biographies into the overarching storyline. The biographies included are not hagiographical exercises crafted to portray Puritan champions of godliness and scriptural fidelity. Rather, we find stories of genuine people captivated by the glowing Puritan vision who only partially realized their ideals.

Thus, we read of John Hooper (1495-1555), a Catholic monk turned Puritan preacher who vigorously sought to transform the church through his fiery preaching. His ministry was so well-received that he was compelled to become a bishop in the Church of England, an office that entailed him having to embrace many Catholic liturgical holdovers which he abhorred. Hooper proved to be an able and reforming bishop, but after several productive years in the office he sadly died at the stake under the reign of Queen Mary in a botched execution that wound up taking 45 minutes to complete.

We also read of Waban, a Native-American convert who came to faith under the ministry of John Eliot, the “apostle to the Indians.” Waban proved to be an energetic evangelist among his people, and he helped pioneer the establishment of “praying towns,” communities of Native Americans who had embraced both Christianity and an English lifestyle (dress, houses, vocations, etc.). In time the Native-American converts formed their own churches, which were granted the authority and autonomy that the white, colonial churches enjoyed. Sadly, however, Winship notes that they never were considered spiritual equals by the Puritan majority, as most of the white churches would not allow native converts to take the Lord’s Supper with them. Waban died in the 1680s, full of faith, yet probably full of questions as to how the fledgling believers among his people would fare in the decades to come.

Lastly, we read of Susanna Parr, a devout Puritan woman from Exeter, in England, during the 1650s, the decade of the Puritan commonwealth. Parr was initially drawn to the purity and zeal of the Congregationalists but soon came to believe that separating from the established Presbyterian church of the time was a sin. When she tried to leave her congregation to join a Puritan-led Presbyterian church, her Congregationalist pastor would not allow her to break the church covenant. He promptly placed Susanna under church discipline, and she was ultimately excommunicated. The controversy that swelled up from this seemingly insignificant matter of church membership was indicative, Winship notes, of how brittle and divisive Puritan leadership had become toward the end of the 1650s.

The Puritan experiment, for all its lofty ideals, did not attain its goal of establishing a stable godly society. Among the reasons for this failure in England was the fact that the Puritans could not get along with each other. While they shared a common vision of Christian salvation and sanctification, the two major Puritan factions—the Presbyterians and the Congregationalists—could not see eye to eye on the church’s relationship to society. Presbyterians were more comfortable with a national church, the monarchy, and the idea that state authorities could prescribe religious uniformity throughout society. Congregationalists preferred more of a republican style of government and were deeply suspicious of a national church or any extra-congregational authority over their churches. In the end, their ecclesiological differences prevented them from working together toward a united political and social vision.

This clash contributed to their demise. It was a factor in Susanna Parr’s troubles, as we saw above. It led, in 1651, to the Congregationalist-led execution of Presbyterian preacher Christopher Love, who had worked to resurrect the monarchy after Congregationalists had already laid the groundwork for the new republic. And it factored prominently in the ultimate crumbling of the Puritan commonwealth in the late-1650s when, after Oliver Cromwell’s death, the jostling for power between the two sides paved the way for the abandonment of Puritanism altogether, and the reintroduction of monarchy and episcopacy.

The Puritans in New England did not fare much better. A disastrous war with the Native Americans in the 1670s was followed by the end of their quasi-republican autonomy in the 1680s, when a new governor, appointed by a Catholic-leaning king, arrived and overturned many of their laws. This was followed by the even more disastrous Salem witch trials of the early 1690s. After this period, political Puritanism, which had aspired “to a Christian commonwealth governed and guided by an intolerant state and a purified Calvinist church establishment,” had run its course and was pretty much a thing of the past.

Hot Protestants is an outstanding read; it is well-researched and overflowing with detail. It is lively history at its best. Yet it is a “rise-and-fall” narrative that concludes by leaving readers at the nadir of Puritan aspirations. Those who cherish the Puritans today will not come away warm-hearted and inspired but with a sense of tragedy, wondering, “What happened?” The disconnect emerges because many of today’s Puritan enthusiasts celebrate them not for their political accomplishments but because of the rich interior life they championed: Christ-centered devotion, mortification of sin, and a precise and practical approach to the Christian life. Hot Protestants does not examine this side of Puritanism in great detail, which is probably the biggest drawback to the book. It focuses instead on the public lives of Puritans, lives which sadly proved to be a disappointment, as they were unable to rise to the task of godly governance.

While the Puritan agenda failed on the world’s stage, Puritanism certainly did not disappear altogether by 1700. It lived on in a new form: not in the highly visible corridors of political and cultural power, but in the conversions and revivals that characterized the evangelical awakenings that reinvigorated the church in the centuries to come.

Robert W. Caldwell III teaches church history and historical theology at Southwestern Baptist Theological Seminary. He is the author of Theologies of the American Revivalists: From Whitefield to Finney (IVP Academic).