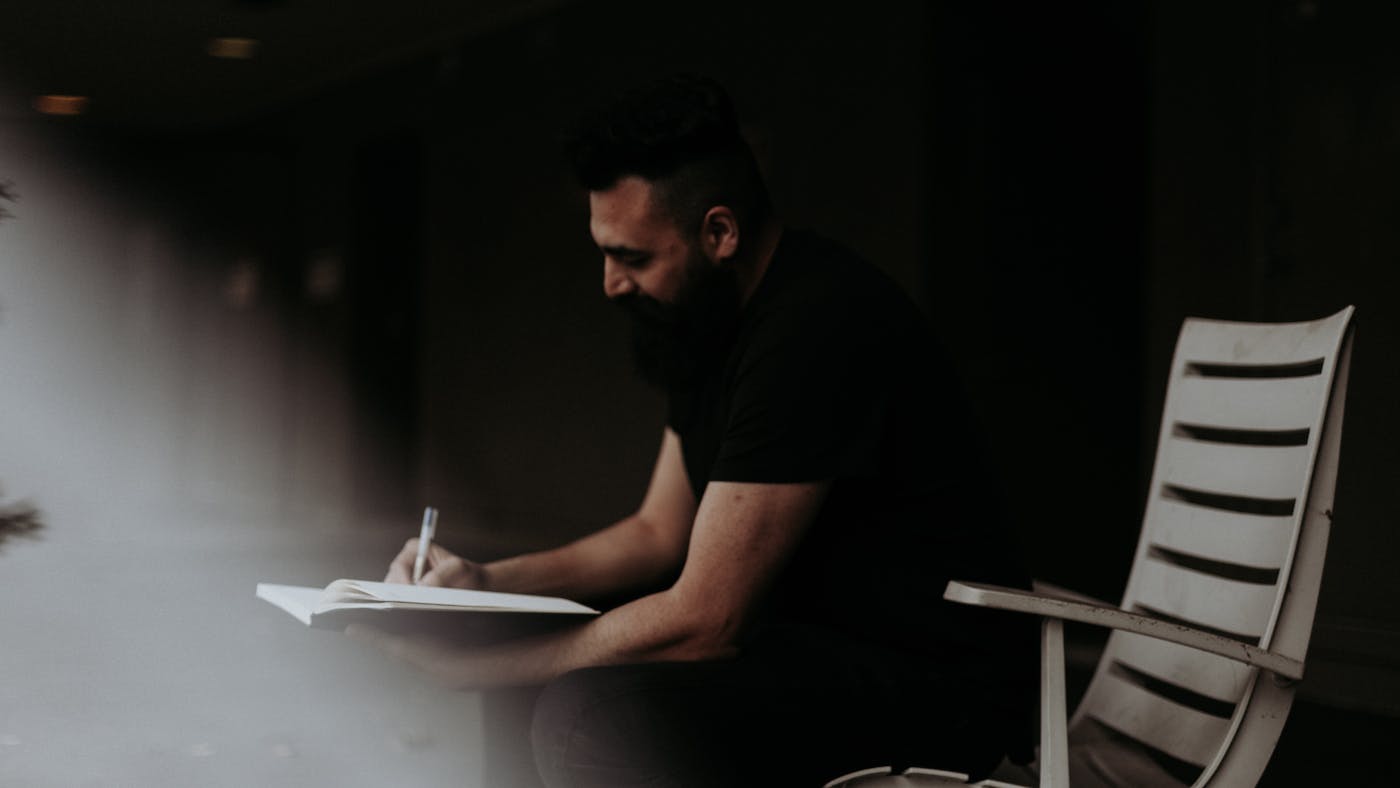 After years of pastoral ministry, and after meeting with dozens of men, here’s one lesson I have learned: Christian men know and feel that they should be reading the Bible. Generally speaking, we don’t need to be told that we need to read the Bible.

And yet most men, myself included, get lazy and lonely in their Bible reading, and end up burdened by guilt and shame. Other men, myself also included, get serious and strategic in their Bible reading, but end up burdened by pride and self-righteousness. How do we find the narrow path between avoiding Bible reading and boasting in it, between negligence and arrogance? How do we become the Psalm 1 man who “who walks not in the counsel of the wicked, nor stands in the way of sinners, nor sits in the seat of scoffers; but his delight is in the law of the Lord, and on his law he meditates day and night” (Psalm 1:1–2)?

As I look back at my own experience, the seasons of greatest love for God and others have corresponded with more than faithfully finishing a Bible reading plan. Not less than, but always more than. And that “more than” has included reading the word as a son, hearing the word as a brother with other men, and then speaking the word as a father.

Read His Word as Sons

Of the three, reading God’s word as a son is likely the most familiar paradigm. You know that the Bible is more than just checking a box. It is more like opening a box personally addressed to you. God is not communicating with you as his peer, his buddy, or as his enemy, but as his precious son. The Bible is God’s gift to his children.

The apostle John happily and purposefully clarifies that we aren’t just “called children of God” but that “we are” children of God (1 John 3:1). Being a son of God is both static and dynamic. In one sense, it never changes; it never becomes untrue. What a motivation to persevere in hearing from him each day! Yet, in another sense, being a son of God changes as it becomes more true — as we become more Son-like. How does this happen? Ultimately, the arrival of all that it means to be a son of God will occur upon “see[ing Jesus] as he is” when he arrives in glory (1 John 3:2). On that day, we won’t doubt or wonder anymore what it feels like to be a child of God. But even today, we can experience sonship more and more, as “everyone who thus hopes in [Jesus] purifies himself as he is pure” (1 John 3:3).

So, when we take the posture of a son when we read the Bible, we experience his word as a purifying gift, one we gladly receive from our heavenly Father. Our Father gave his sons his word that he might deliver us from being “conformed to this world” and to being “conformed to the image of his Son” (Romans 12:2; 8:29).

Hear His Word as Brothers

The danger of only receiving his word as a son lies in our self-deception. Reading the Bible in isolation can be dangerous. We can unknowingly pick and choose which words we’ll receive, embrace, and obey, while our hearts hush the voice of the Spirit calling to us through the rest of Scripture.

I’ve had plenty of insightful moments in the word in my own personal study, and yet oftentimes I uniquely experience that “two-edged sword, piercing to the division of soul and of spirit” when someone else wields it for my good (Hebrews 4:12; 3:13). We need other paradigms, other sets of eyes. We need to hear his word together, as brothers.

We not only need to open our eyes to the pages of God’s word, but we need to open our ears to other men of the word. We need others to speak the word of God into the corners of our hearts, the places we sinfully resist going and addressing. And by hearing and obeying the word from others, something incredible happens — we experience the rare and refining gift of brotherhood (Psalm 133:1).

Speak His Word as Fathers

Danger also awaits if we read as sons, and even as brothers, but forsake this final approach: speaking the word of God as fathers. If we only read and hear the word, where then is our ministry? Where then is our obedience to the “one another” commands in Scripture? Where then is the pervasive joy Paul and John experienced among their children in the faith (Philippians 4:1; 3 John 1:4)? Joy and glory are found as we commit to speaking his word as spiritual fathers.

Paul refers to the Corinthian believers as his “beloved children” (1 Corinthians 4:14) and writes, “Though you have countless guides in Christ, you do not have many fathers. For I became your father in Christ Jesus through the gospel. I urge you, then, be imitators of me” (1 Corinthians 4:15–16). Paul has a fatherly affection for his children, as opposed to the countless guides “who give out their services as hirelings,” John Calvin writes, “in such a manner as to discharge as it were a mere temporary office, and in the meantime hold the people in subjections and admiration.” Fathers are in it for their children (“You are my joy and glory”). Guides are often in it just for themselves (“I am my joy and glory”). Fathers discipline to grow and mature their children. Guides often brandish their authority to avoid being shamed by the behavior of those beneath them. We need fathers. And we need to be fathers.

Paul calls for his spiritual children to imitate him. To speak as he spoke. To love as he loved. To become fathers as he fathered them in Christ. To experience the joy and glory of seeing God use words from our mouths to snatch souls “from the domain of darkness” and transfer them “to the kingdom of his beloved Son” (Colossians 1:13). To watch their own spiritual children in the faith grow and mature, through the words of God, that they might become complete and ready for every good work (2 Timothy 3:17).

Men, whether we have languished under the weight of guilt and shame or swelled with pride and boasting in our Bible reading, I pray we will be more than just Bible readers. The Pharisees were Bible readers, but many were far from the heart of God. Aim to be men of God by giving yourself to his word as sons.

Then ask God to bring humility to your heart so you can hear the word from other men. It can be scary to hand the two-edged sword of the word to another. Many are unwilling to entrust themselves to a brother. Perhaps you’re like me; you’re fine operating on others’ hearts, but you’re frightened to lie on the operating table yourself. Lie down, brothers. Let another brother faithfully and accurately wield that two-edged sword into your soul, and experience the joyful death of your self-deception and sin again and again.

Finally, friends, don’t miss the joy of being a father to other children of God. Aim to say of many of your children in the faith as Paul said of his, “You are [my] glory and joy” (1 Thessalonians 2:20). Let their progress and joy in believing drive you deeper into the word and move you to share what you have seen.

3 thoughts on “Men of God Are Men of His Word”